Sushmita Sen is one of the most sought after Bollywood actors. Even though the actress took a break from screen for a while, she never lost any of her fans. The actress started her career in 1994 when she was crowned as Miss Universe and became the first Indian to ever to get the title to her name.

After that, it was in year 1996, when the gorgeous actress made her Bollywood debut with the movie Dastak. Soon she had gained a lot of popularity and started appearing in huge commercial movies.

She has starred in movies like Biwi No 1, Do Knot Disturb, Main Hoon Na, Maine Pyaar Kyun Kiya and Tumko Na Bhool Paayenge and No Problem. And now the actress has turned 45 leaving everyone stunned with how her beauty that just never ages. It was on 19 November 2020, when the actress turned a year older and yet she manages to remain as fresh as a new morning. And her latest post on Instagram is giving us all sorts of goals. Sushmita Sen, who celebrated her 45th birthday on Thursday, shared a video of herself working out with gymnastic rings.

As the actress balances with her head downwards and her feet up in the air, she talks about being proud of the fact that she is 45. She wrote “Am a proud 45.” And then she went on and talk about how her fans have been her emotional strength for more than two and a half decade and still counting. 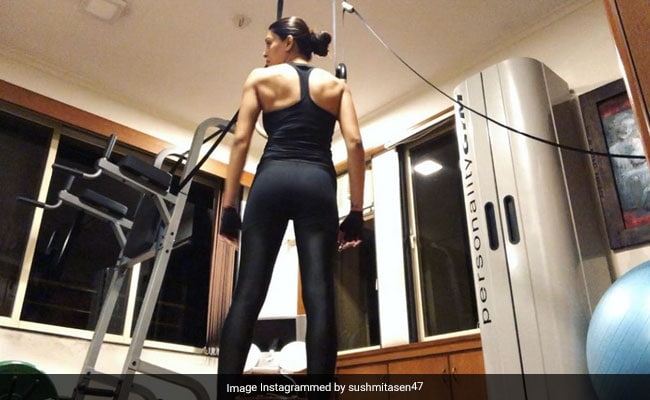 And then she explains how this world and herself requires people who keep spreading love and kindness. Meanwhile, Sushmita’s older daughter, Renee is all ready to make a debut with a short film, Suttabaazi. The trailer of the same was released on Thursday and it was loved by a lot of people. Sushmita had made a comeback through the OTT platforms with her movie Arya.

Published by Vidhutma Singhania on 21 Nov 2020