Bollywood is filled with love and enmity, some shares good while some share bitter bonds with each other. From Patchup-Break-up to Marriage-Divorce, we have seen all aspects of the stars in the B-town.

Last year, we saw a very shocking long-term relationship of 16 years getting separated and they are none other than actor Farhan Akhtar and Adhuna Bhabani. They got hitched up into a pious relationship in the year 2000 in a holy bliss of matrimony, but after such a long time journey spending together they finally decided last year to part ways. On April 24, 2017, Farhan and Adhuna got legally divorced and this news saddened a lot of their fans.

The couple had this divorce but still, they share a very cordial relationship and still have good mutual terms between them.

On one side Farhan has happily moved on his life and currently dating Indian Singer Shibani Dandekar, they are quite a cute couple and Farhan has recently made his relationship official by sharing a picture with Shibani on his official Instagram account while on the other side Adhuna is dating rumored Beau Nicolo and both are romantically involved with each other.

Adhuna never made her relationship public, but on 25th of October, 2018, she took to her Instagram account and shared a comfy yet adorable picture with Nicola, captioning it, “happybirthday nicolo_morea”.

However, she also shared one more pic in which it seemed like the duo is having the whale of the time together, Atop that story, she wrote, “Happy Birthday To You nicolo_morea,” followed by heart emoji. 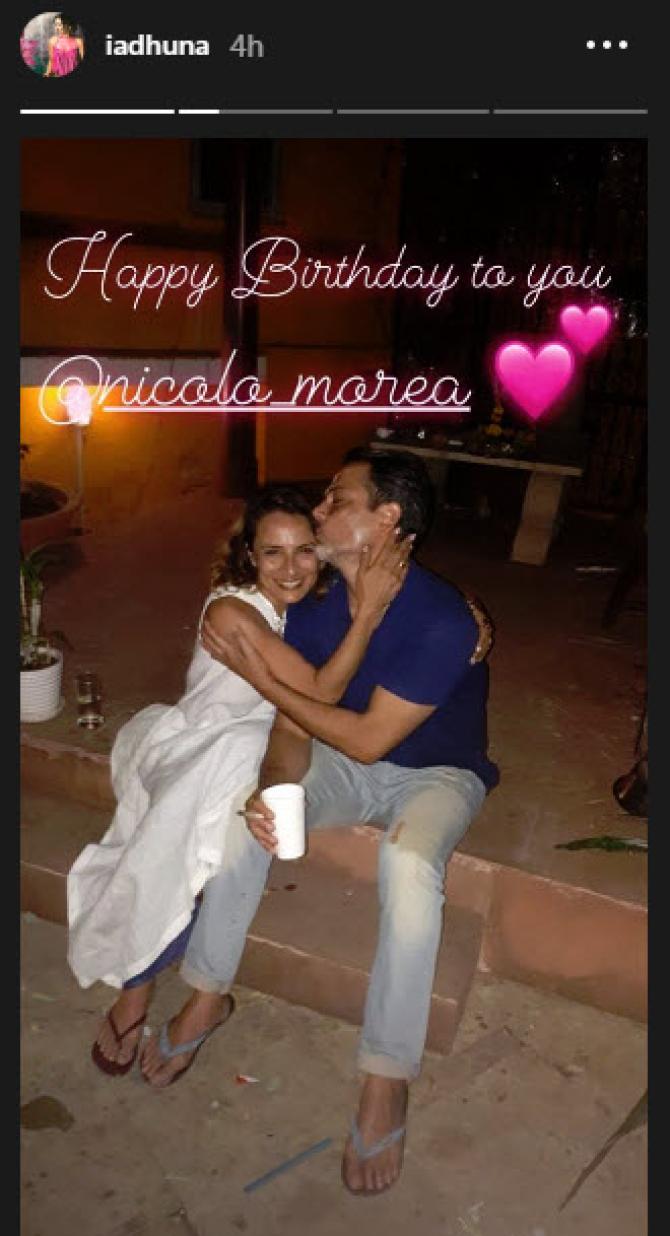 Talking about the past, Adhuna and Farhan announced, “This is to announce that we, Adhuna and Farhan, have mutually and amicably decided to separate. Our children remain our priority and it is immensely important to us, as responsible parents, that they are protected from unwarranted speculation and public glare. We sincerely request that we are given the privacy that is required at this time to move forward in a dignified manner.”

Stay tuned to know more about your favorite Tinsel World.