Adorable childhood pictures of your favorite celebrities with their siblings

Family comes first! The bond of siblings is the strongest and nothing in the world possesses the energy to break it. Today, we bring to you, unrecognizable childhood pictures of your favorite Bollywood celebrities with their siblings!

Bollywood actor Sanjay Dutt was born on 29th July 1959. He has two sisters, Priya Dutt and Namrata Dutt. The son of Sunil Dutt and Nargis Dutt, he made his Bollywood movie debut with the box-office super hit Rocky in 1981. She has an elder sister, Shaheen, and two half-siblings, Pooja and Rahul Bhatt. Born on 15th March 1993, she made her acting debut in Bollywood with Karan Johar’s ‘Student of the Year’ in 2012. Before that, being Mahesh Bhatt’s daughter, she appeared on screen as a child actor in a minor role in her father’s thriller Sangharsh in the year 1999. Born on 25th June 1974 and 21st September 1980 respectively, both the sisters have managed to rule the Bollywood industry with their exceptional acting skills. While Kareena made her acting debut opposite Abhishek Bachchan in the 2000 drama Refugee, Karishma debuted with Prem Qaidi in 1991 at the age of 17. 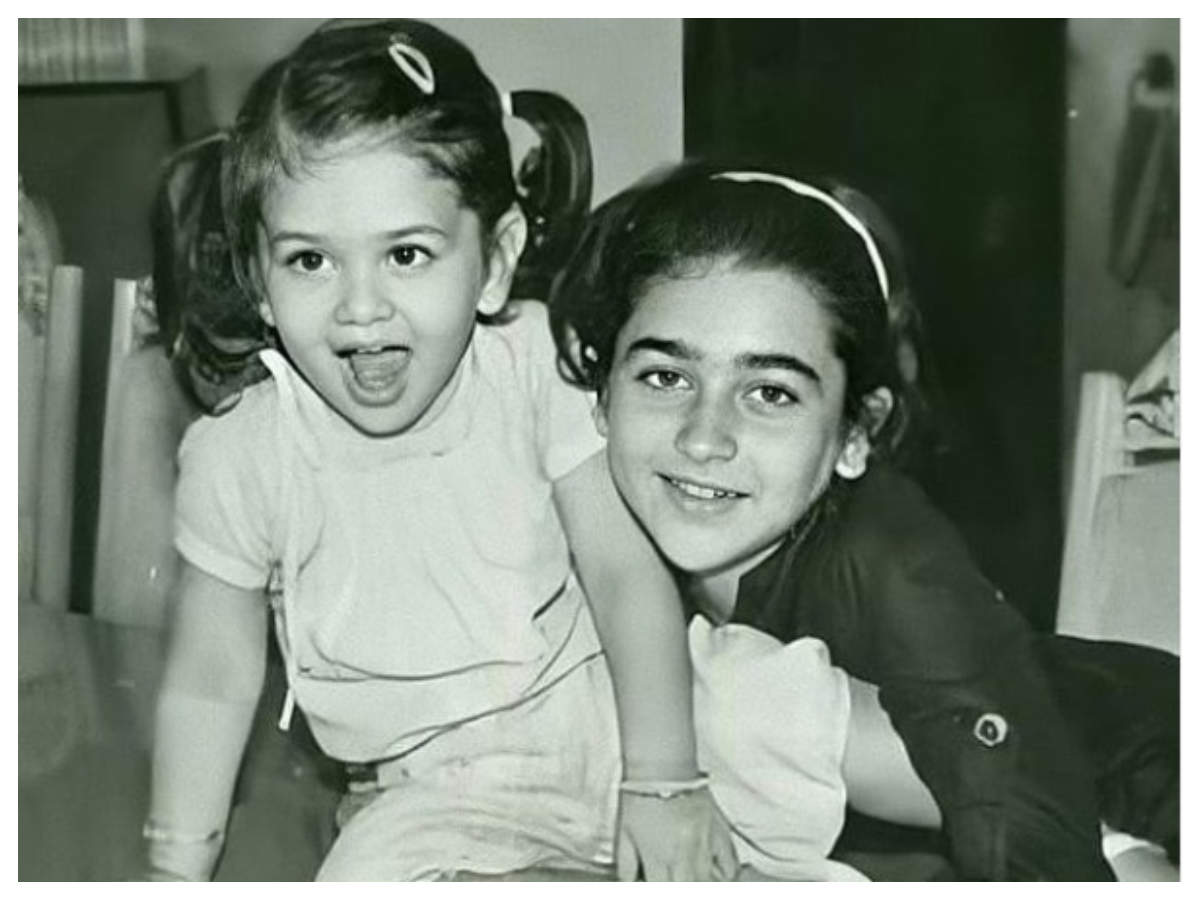 Bollywood actress Sonam Kapoor is the daughter of actor Anil Kapoor. The actress was born on 9th June 1985 and looks unrecognizable in this childhood picture with her siblings. The actress made her debut with Bhansali’s Saawariya opposite Ranbir Kapoor. Bollywood actor Abhishek Bachchan is the son of Bollywood celebrity Amitabh and Jaya Bachchan. The actor was born on 5th February 1976 and evidently melted hearts with his charm even as a baby, as we can see in his picture with Shweta. He made his debut in the film Refugee in 2000. 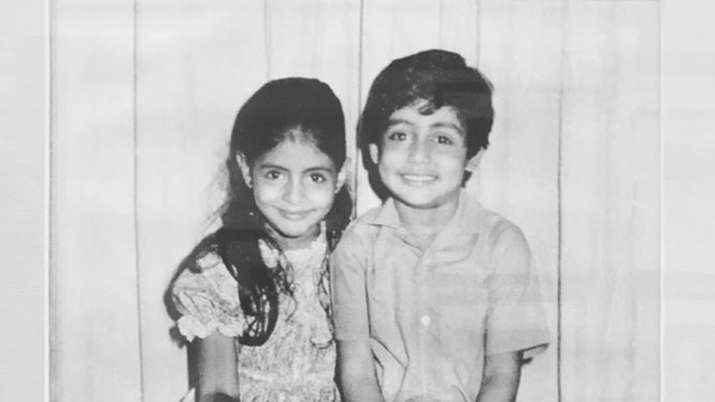 Born on 10th January 1974 to film director Rakesh Roshan, and music director Roshanlal Nagrath, he debuted in his father’s romantic drama Kaho Naa… Pyaar Hai in 2000. The actor has an elder sister, Sunaina. 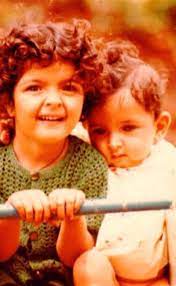 The Nawab of Bollywood Saif Ali Khan was born in the royal family of Pataudi’s on 16 August 1970. In this picture, Saif looked like an adorable prince with his two sisters. The son of actress Sharmila Tagore and the late cricketer Mansoor Ali Khan Pataudi, he made his acting debut with Parampara in 1993.

The daughter of Saif Ali Khan and Amrita Singh, Sara was born on 12th August 1995. The actress made her way into everyone’s hearts with her cuteness. In this picture, Sara can be seen with her little brother Ibrahim who is looking equally cute. She made her debut in 2018 with Abhishek Kapoor’s romantic disaster film Kedarnath, next to late actor Sushant Singh Rajput. Born on 2nd November 1965, the actor made his debut with the 1992 film Deewana. In this picture, he looks extremely cute with his two sisters.

Varun was born on 24th April 1987 to David Dhawan, a film director, and Karuna Dhawan. He made his acting debut in 2012 with Johar’s romantic comedy-drama Student of the Year alongside Sidharth Malhotra and Alia Bhatt. In the picture below, he looks adorable with the film director and brother, Rohit. 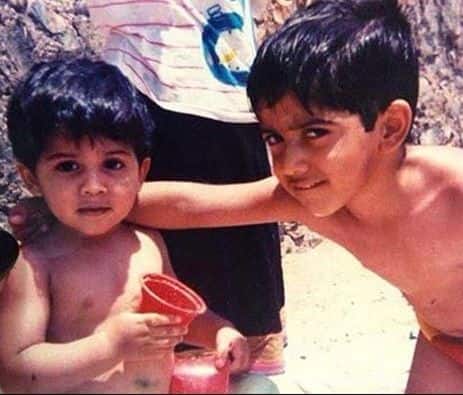