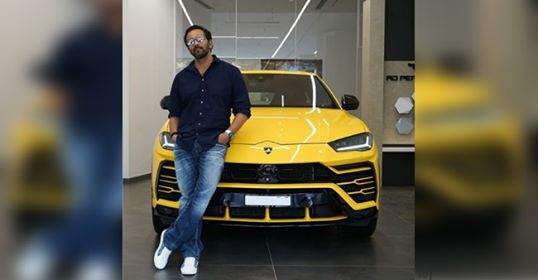 A renowned tele actress now making her presence felt in Bollywood is Shweta Tripathi. The actress who is better known for her performance in the movie ‘Masaan’, recently sat down for a candid interview with a news agency, wherein she talked about her Bollywood journey and the kind of roles she would take up in her upcoming films.

Shweta said, “As an actor, I am always looking for projects and stories which push boundaries…That not only challenges my compatibilities and talent, but pushes button of the audience watching it, be it on web or features.”

She further added, “The platform doesn’t matter. As an artist, you are responsible for the kind of content you are associating with. The most important thing is to experiment.” Having been part of various illustrious projects such as Masaan, Haraamkhor, Zoo, Mirzapur, Gone Kesh, the 34-year-old actress has played some diverse roles in each of her projects so far, something that the audiences always appreciate.

More recently, her project Gone Kesh premiered on ShemarooMe, which is a one of a kind film that shows the life of a young girl suffering from Alopecia.

Furthermore, speaking about her way of choosing a certain project, Shweta revealed, “I am very choosy about the projects. While working on ‘Haraamkhor’, Nawazuddin Siddiqui had told me that ‘some actors should be choosy’, and that has stuck with me which is why all projects, whether it is feature film or for OTT, are super special.”