As we all know, this year’s Koffee With Karan season has a lot more stored in the box for all of us. From Alia Bhatt to Deepika Padukone, every celeb jodi which graced the couch till date has entertained us to the core. The next up on the couch is popular husband-wife jodi of Bollywood Ajay Devgn and Kajol. Well, this sounds really fun.

As we all know, Ajay is a bit introvert but can impress us with his sense of humor, Kajol, on the other hand, is bubbly, chirpy and full of life. The duo will spice up things as they grace the couch and chit chat with the show’s host and Kajol’s BFF Karan Johar. 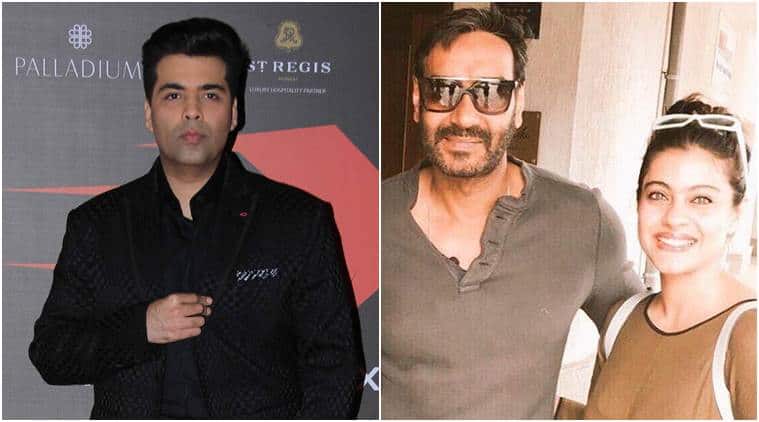 In a few promos released by the makers, we got a glimpse of how the episode is going to be and we seriously can’t wait to watch it.

Ajay like he is, was all sarcastic and taking funny jibes on wife Kajol and also indirectly commenting on his contemporaries, while Kajol was full on dhamaal by giving some funniest answers.

Take a look at the promos here…

Karan has tried his best to get the best out of Ajay and Kajol as the couple is pretty private about their personal life and also never indulge into showing their love to the outside world. And we think Karan succeeded in bringing the real faces of both the stars which we definitely loved.

As we all know, Ajay and Kajol had an infamous fallout with Karan in the year 2016 when both their movies Ae Dil Hai Mushkil and Shivaay were to clash at the box-office. The difference emerged to such a great extent that they were not even in talking times. However, it was after Yash and Roohi’s birth (Karan’s twin babies) the ice finally broke between the two BFFs and now they get along really well just like before.