Actor Akansha Ranjan Kapoor has shared a photo with Alia Bhatt, her bestfriend from one of their vacations in Maldives earlier this year. On Tuesday, Akansha did an Ask Me Anything session on her Instagram handle and many questions were asked by her followers.

When Akansha was asked about the “best moment of 2021”, she replied to it by sharing a picture with Alia Bhatt. In the photo, both of them can be seen in the waters at sunset. Alia can be seen wearing a pink bikini while Akansha in a purple swimsuit. Earlier this year, both of them made their trip along with Anushka Ranjan, Akansha’s sister and Shaheen Bhatt, Alia’s sister.

Akansha was asked another question that read “who is your bestie alia or Athiya Shetty”, she commented that “both are pests”. Akansha was also asked about her bond with Kiara Advani, her co-star in the film ‘Guilty’, she replied “we’re the cutest”.

One of her fans asked her ” who’s ur fav kapoor” and Akansha wrote, “on special request ive come back for the one and only *drum roll* Arjun Kapoor @arjunkapoor”. 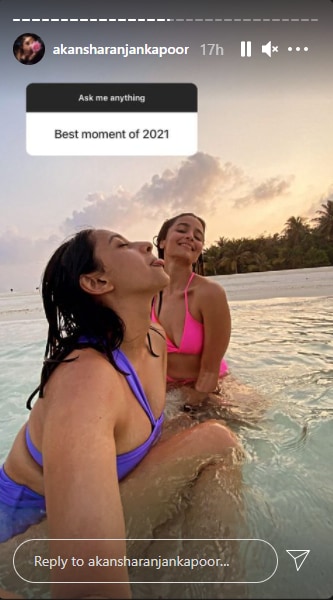 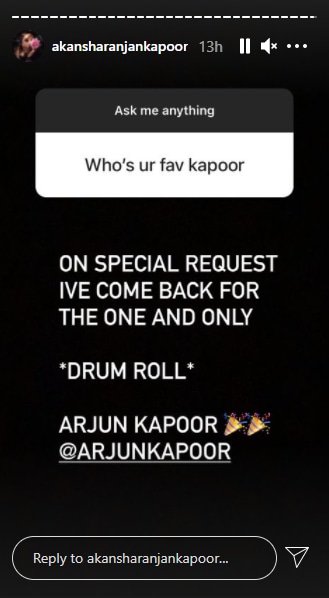 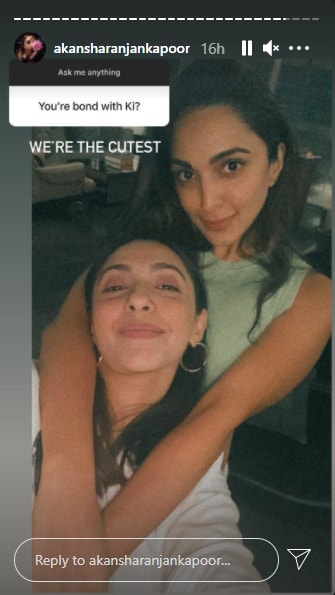 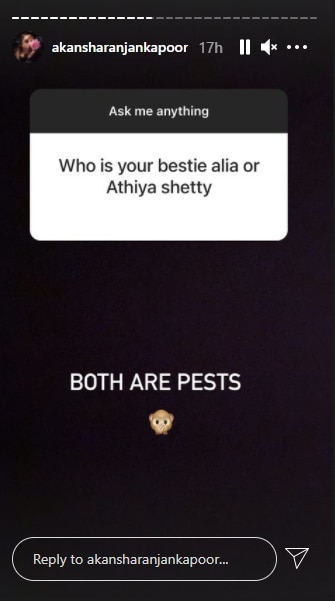 Chargesheet filed against Raj Kundra and associate; Shilpa Shetty takes to Instagram to talk about her feelings...