Alaya F admits of cosmetic surgery for her nose: “I have considered it, I have not done it” 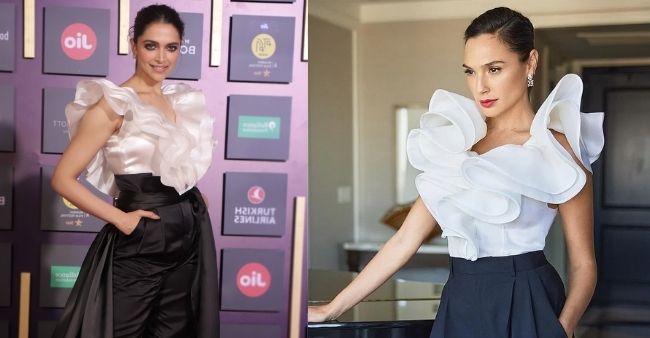 On Zoom TV’s ‘By Invite Only,’ Alaya was asked if she had ever considered cosmetic surgery. She said, “Yes, I have. I have considered it, I have not done it. I think everyone has been like, ‘Maybe I should do…’ It is the smallest thing, I don’t even know if people can see it. So, this side of my nose is the nice one (shows right profile), this one (showing the left side) has a slight bump here. It’s like the tiniest thing in the world.”

The Jawaani Jaaneman actress added, “I’ll probably never do it because it’s so damn pointless.” When the host told her that he does not see what she is talking about, referring to the supposed flaw, she replied, “Most people don’t, but it’s okay.”

Alaya made her acting debut in Nitin Kakkar’s Jawaani Jaaneman last year. The film follows a carefree 40-something womanizer, played by Saif Ali Khan, who discovers that he has a pregnant 21-year-old daughter (Alaya). For her performance, Alaya earned the Filmfare Award for Best Female Debut.

In an interview with HT Brunch, Alaya spoke about her expectations from that performance, “I won’t say I didn’t expect love, I was hoping for love, but this much I didn’t expect. I remember when the reviews started coming out and I was reading them, I was like, ‘Okay, it’s going well. Everything is sounding good; people are saying lovely things.” Further, she added, “But then, it became a little too good to be true. I was like, Now something feels very off because I haven’t read a bad review. I went hunting for a bad review of my performance and I went everywhere. I even looked at videos of those YouTube trolls who just say things for the sake of saying things. I went hunting for a bad review and I am very happy to say I didn’t find it.”