Actress Alaya F knows all the tantrums how to make her fans swoon over her looks. Her fans seemingly went gaga over her posts from her photo sessions. Now the actress took to her Insta handle and posted a pic from her super special birthday celebrations. 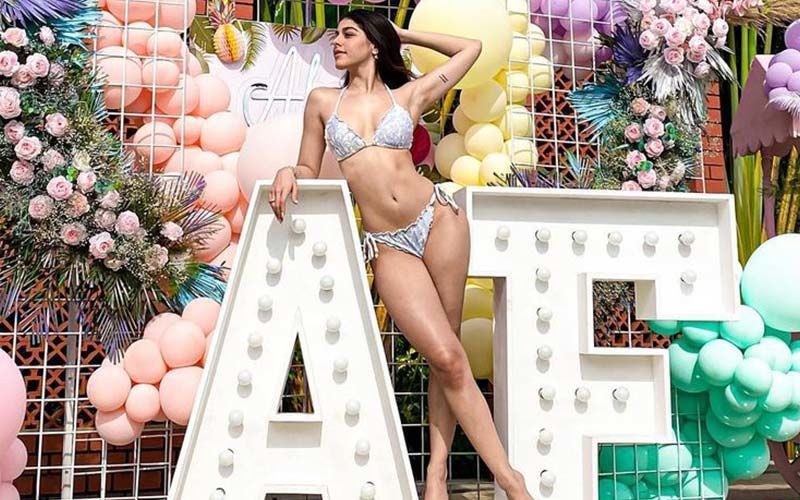 Alaya F turned 23 years old on November 28. Sharing a glimpse into how she had great fun on her 23rd birthday celebrations, Alaya F shared a pic of her giving a hot pose in a metallic two-piece in the middle of two life-sized letters ‘AF’. Exhibiting her flawlessly toned body, the actress looked fabulous as she was seen standing in front of several pastel-colored balloons and flowers. She also expressed gratitude towards her fans for all the birthday wishes and love.

“Feeling blessed, grateful and super happy! Thank you for all the love,” wrote Alaya.

On November 30, 2020, The Jawaani Jaaneman actor shared a stunning pic from her recent photo session on her personal Instagram handle. The actress frequently shares her spectacular images to amaze her buffs and followers.

In the caption, Alaya revealed that she had to suck her stomach in and hold her breath while clicking pictures during the photo session. She wrote, “Yes yes, I was sucking my stomach in and holding my breath”. In the images, the actress can be seen witnessed putting on a brown bralette along with black shorts and a light brown colored overcoat. The cute girl had a messy hairstyle and applied delicate make-up.

A fan called Alaya ‘Mindblowing’ whereas the other one stated, “Love the look”. Another user praised the loveliness and penned ‘Lovely’ in the comment box along with a heart-eye face emoticon. Another buff wrote, “[email protected] it” with a red heart.