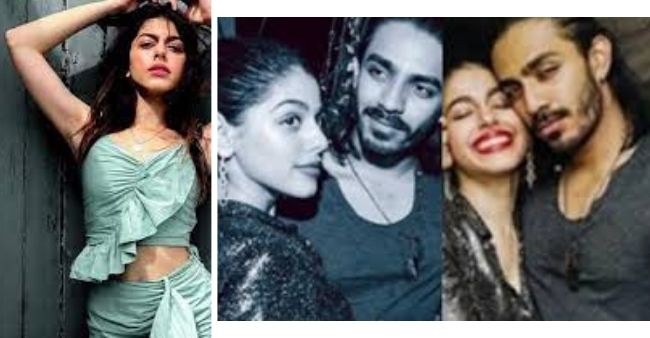 Actor Alaya F shared a ghostly experience that she had to encounter while she was studying in New York. She mentioned that a ghost has lived in in her apartment and the disturbing events that happened to her.

The actress, in one of her new interviews, told that about the ‘loud steps’ that she would hear at odd hours and the way the shower would turn on by itself. She said that one time she had actually saw the ghost and her friend also experienced the creepy feeling as well.

In Tweak India, she told that “When I was living and studying in New York, there was a ghost in my New York apartment. I used to hear loud footsteps in the middle of the night. Sometimes, the shower would turn on randomly. There were lots of creepy things that would happen”.

“Then, one day, something happened where, from the corner of my eye, I saw this quick flash go past me. I was like, ‘did you see that?’ and she was like, ‘I didn’t see anything but I felt something hit me like this as though someone was running by me’. That’s when I was like, ‘Okay, there is something else going on here’, and then I was really terrified, I didn’t want to go back to my home”, Alaya added.

On the work front, Alaya has made her Bollywood debut in ‘Jawaani Jaaneman’ sharing the screen with Saif Ali Khan, Tabu, Kubbra Sait and Chunky Panday. She won the Filmfare Award for Best Female Debut for her acting. The actress starred in ‘Aaj Sajeya’, a music video directed by Punit Malhotra. Yo Yo Honey Singh’s wife alleges that her father-in-law came to her room in inebriated condition while changing her clothes, grazed his hands over her chest... Priyanka Chopra wishes Meghan Markle on her birthday, slams rumours of conflict with the Duchess...