Bollywood’s cutest couple Ranbir Kapoor and Alia Bhatt were spotted arriving at a new property that they are reportedly having constructed for themselves. Ranbir and Alia have been dating for three years. 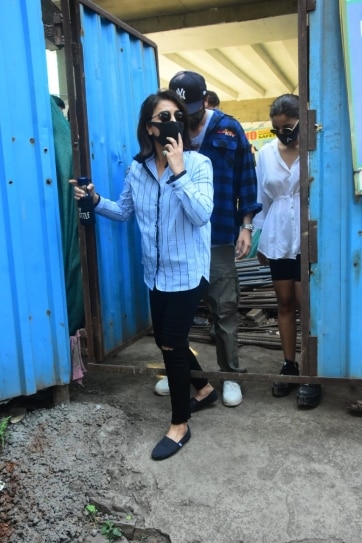 On February 16, the images and video recordings of the pair making an entry on a construction spot at Pali Hill in the city of Mumbai turned viral all over the web. They were accompanied by Ranbir’s mom, veteran beauty Neetu Kapoor. This comes after the pair was seen with actor Nagarjuna and film maker Ayan Mukerji, as they finally decided to film their long-gestating fantasy movie, Brahmastra.

As per the report, Alia and Ranbir were together all through the lockdown. They were clicked together on a number of occasions in the compound of Ranbir’s building. In 2020, it was reported that Alia had bought a flat in an identical building. Ranbir stays on the 7th floor, whereas Alia had purchased an apartment on the 5th floor of the same Vaastu Pali Hill complex. She had spent around ₹32 crore to buy her new place. Incidentally, the tower is very near to the Kapoor family’s Krishna Raj bungalow.

In a recent interview with the media people, Ranbir Kapoor disclosed that he and Alia Bhatt were to tie the nuptial knot in the year 2020, but then the pandemic took place. He said, “It would’ve been sealed had the pandemic not hit our lives. I don’t want to jinx it by saying anything. I want to tick-mark that goal very soon in my life.”