After seeing their pics and videos, we can easily say that lovebirds Ranbir Kapoor and Alia Bhatt are made for each other. Their romantic kinship and their companionship with each other’s families are the big proofs of the admiration they have for each other. Moreover, their sincere connection is pretty evident as they rejoice anniversaries in each other’s company and are frequently seen with one another’s family on significant days and occasions. 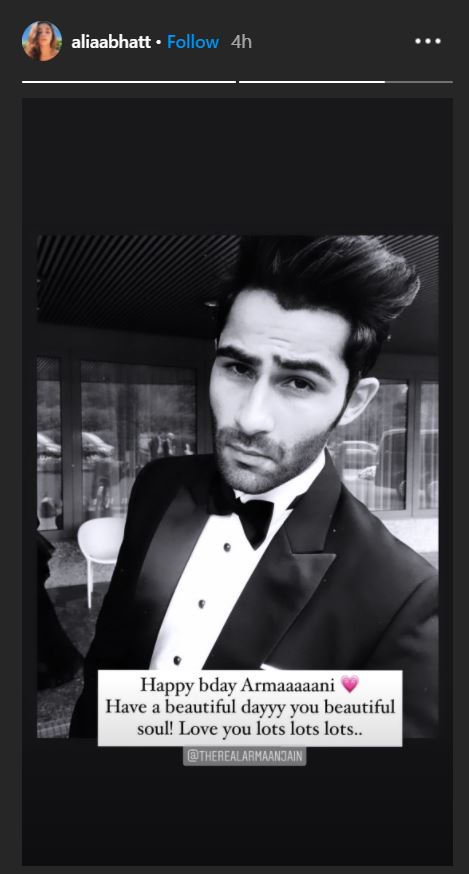 Now, it’s Alia’s turn to send wishes to her boyfriend, Ranbir Kapoor’s cousin, Armaan Jain on his birth anniversary. The actress shared a cute black and white pic of the birthday boy on her IG stories. The birthday boy looked elegant in a tux. On the top of it, she penned, “Happy Birthday Armaaaaani. Have a beautiful day you beautiful soul! Love you lots lots lots…” 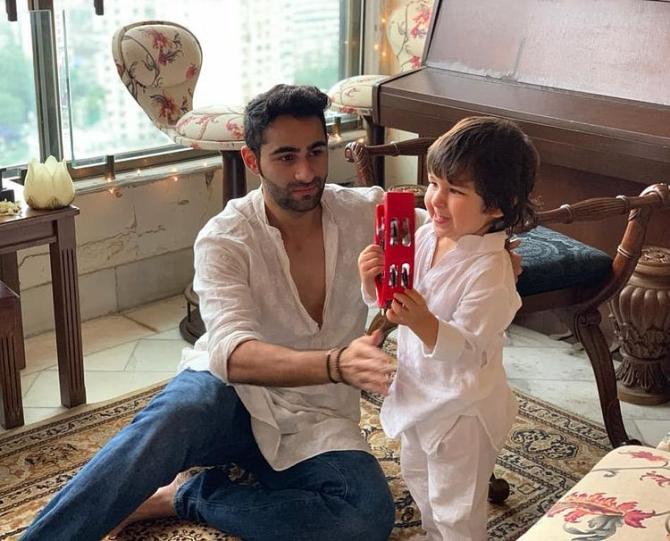 Armaan was showered with delightful birthday wishes from his family, friends, fellow workers, and fans. Armaan’s cousin sissy, Karisma Kapoor also sends special and loving wishes to her ‘baby bro’ by sharing a throwback image of them together. In the stunning hugging image, the brother-sister pair was seen twinning in black outfits. Karisma wrote, “Happy 30th birthday to my baby bro. We love you” in the caption.

As Armaan Jain turned 30, the Kapoor family showered him with love and good wishes on social media. To wish Armaan, Kareena Kapoor Khan shared a throwback image of him with Taimur Ali Khan. Kareena captioned the picture as “Happy birthday to my sweetheart of a brother @therealarmaanjain… we love you loads golden-hearted boy” followed by hearts and balloons emoticons.