There are some on screen jodis that leave there mark on the audience for a long time. And every time that one jodi joins hand to work together, the whole fandom goes crazy. One such jodi of Bollywood is, Amitabh Bachchan and Ajay Devgn.

After delivering memorable cinematic outings in Major Sahab, Khakee and Satyagraha. The icon of Indian cinema, Amitabh Bachchan and superstar-filmmaker Ajay Devgn are all set to reunite once again for an interesting project. It has been seven years since their last movie-outing. And now these two cinema veterans will join hands for a thrilling, absolute edge-of-the-seat human drama, titled Mayday.

The rumours suggest that Ajay Devgn will be seen playing a pilot while there are no details revealed yet on Big B’s character. And the rest of the cast is yet to be finalised, stuff like this have been kept under the wraps by the makers of the film. The film is being produced by Ajay Devgn Films, in fact it will be produced and directed by Devgn himself.

The actor, Ajay Devgn will be directing the legend, Amitabh Bachchan.  According to the sources the project will go on floors this December in Hyderabad after Ajay completes his work on Bhuj. And after the massive success of Tanhaji: The Unsung Warrior, the fans are definitely looking forward to see him in a strong character. 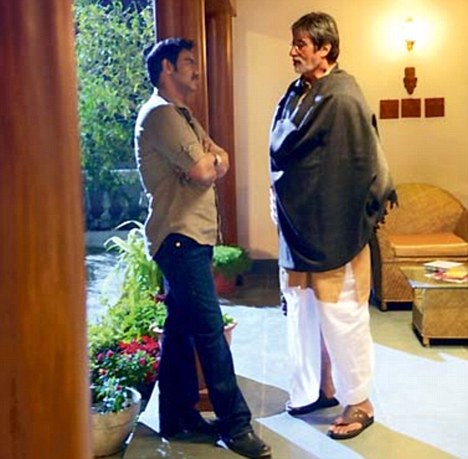 Meanwhile, Ajay is currently gearing up for the releases of Maidaan, Bhuj: The Pride of India, SS Rajamouli’s RRR and Golmaal 5. He will also be seen in a cameo in Akshay Kumar and Katrina Kaif starrer Sooryavanshi.

On the other hand, Amitabh Bachchan hosting the quiz reality show, Kaun Banega Crorepati 12. He was last seen in Gulabo Sitabo and is all set for Brahmastra with Alia and Ranbir as co stars and also for Jhund.