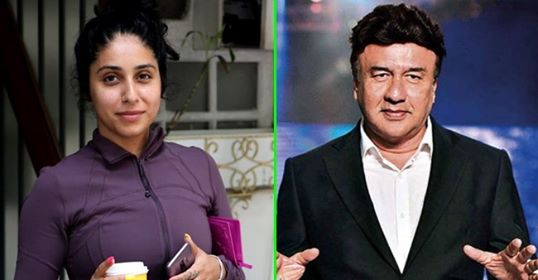 Despite the fact that Ananya Panday very recently made her Bollywood debut in Student of The Year 2, the young diva is quickly rising up the ladder of fame. She’s making all the right headlines in terms of style and the fashion police have certainly applauded all her looks be it at the red carpets or the airport.

Recently, the actress dressed for an event in a shimmery silver dress by Halpern London. She looked every bit surreal in the outfit, adding to her already growing reputation as the next fashionista of Bollywood.

Time and time again, she’s struck the right chord in terms of fashion which only adds to her list of admirers. Recently, Ananya celebrated her 21st birthday, and the actress who’s currently occupied in the shooting of her next flick Pati Patni Aur Woh opened up about her birthday and the time she’s spent in the industry since her debut.

Speaking to a leading news agency she said, “I think this has been the most special year of my life. I actually got to live my dream of becoming an actor. That’s what I wanted to do my entire life.” Adding further insight on her birthday, Ananya revealed that she had a working birthday this year.

I went for dance rehearsals of a song in Pati Patni Aur Woh. It’s been a working birthday but I am happy,” she said. Ananya also shed further light on her upcoming film and spoke about her experience in positive words.

“I think remakes are a lot of fun. We added our own tadka to it and made it modern and relatable in the present times. Even a college student can relate to the feeling of being stuck in a relationship with someone and liking someone else, or having feelings for different people. I think it is a very universal feeling. I hope everyone relates to it. I had a lot of fun shooting the film and I hope that translates on the screen, ” said Ananya. The film also stars Kartik Aaryan and Bhumi Pednekar in lead roles and will release on December 6, 2019.