After Announcing Her Marriage Date, Gauahar Shares A Sun-Kissed Selfie With Fiancé Zaid

TV star Gauahar Khan is on seventh heaven these days as she is all set to tie the nuptial knot with her beau Zaid Darbar. The Bigg Boss 7 champion will get married on December 25. Recently, the actress announced her marriage date to surprise her fans and followers. Gauahar has been making the most of each and every day.

After announcing her marriage date by posting a dreamy photo session picture, the actress, who was recently seen as Toofani senior in Bigg Boss 14, shared a lovey-dovey image of them. After sharing the pic, Gauahar revealed that she can now finally post pics with her love Zaid Darbar as the news of their marriage is already out. The couple is probably back in India after their recent vacation in Dubai. 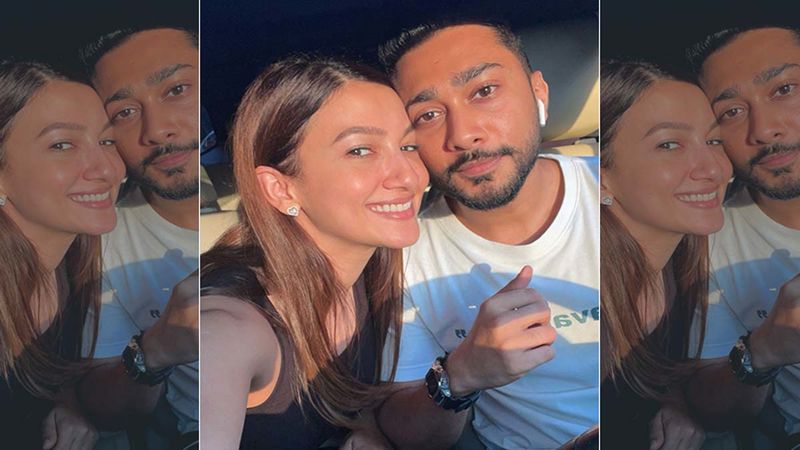 While posting a cute sun-kissed selfie, she captioned the post as, “Finally I can post a selfie with you on my post @zaid_darbar ! heheheh ! #khabarPhailChukiHai … #Sunkissed #GoldenHour #Mumbai” Yes! Gauahar, like the way you said the news is out by having a hashtag of #khabarPhailChukiHai tailing your caption.”

On December 25, Gauahar and Zaid will become one. Their Nikaah ceremony will be attended by their family members and close friends. In the pic, Gauahar is looking beautiful in a black tank upper and Zaid can be seen putting on a white casual tee.

As many praised her, a few of the netizens also raised queries on the big age gap between the two stars. She slammed the news stating Zaid being younger than her. In its place, she praised him for his maturity and intelligence.

She said, “He is way more mature than I am and he has brought a sense of balance in my life.”