Anushka On Accepting Her Lip Job Done: ‘People Called Me Brave For Coming Out’

Anushka Sharma, who is one of the most popular, hardworking, beautiful, successful and loving Bollywood starlets, always bagged praises for her recitals in her projects. Whether it is Pari, Zero or any other flick, she always got praised for her acting skills. But in the year 2014, Anushka’s enhanced lip pout had made her talk of the town.

For the very first time, her fans noticed the same when she graced ace movie maker Karan Johar’s most popular chat show, Koffee With Karan. She had been criticized for the same too. Later in the year 2016, in a media talk, she finally shared with her fans that she had gone for a lip job.

In a declaration, she stated: “I have nothing to hide. So when I spoke about my lip job, a lot of people called me brave for coming out. But I did what I had to for my role in Bombay Velvet. I’m not going to lie and say I didn’t; I had to take ownership. I wanted fans to know that I’m human and not perfect.”

But, during the year 2014, the ‘Jab Tak Hai Jaan’ actress shared that she had been making use of a temporary lip enhancing device. In the month of January 2021, Anushka and her hubby Virat embraced parenthood for the first time. They welcomed a baby girl whom they named Vamika.

While sharing the name of their cute baby, she penned a note that can be read as: “We have lived together with love , presence and gratitude as a way of life but this little one, Vamika has taken it to a whole new level! Tears, laughter, worry, bliss – emotions that have been experienced in a span of minutes sometimes ! Sleep is elusive but our hearts are SO full Thanking you all for your wishes, prayers and good energy.” 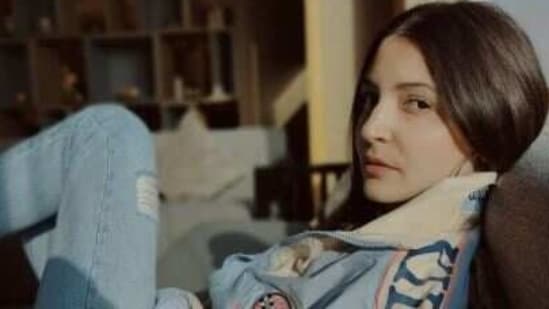 In August 2020, the two made declarations about the special news i.e. their pregnancy. With a post, Anushka had penned: “And then, we were three! Arriving Jan 2021.”

Anushka has not announced any film projects. She was previously witnessed in the movie, Zero which also had King Khan and Katrina Kaif. She has, nonetheless, been busy as a producer, bringing out two fruitful projects on the OTT platforms including a hit web series Paatal Lok (that got released on Amazon Prime) and Bulbbul (that got rolled out on Netflix).

“Rename Game” of top 5 Bollywood Celebrities who rode fame with a new identity...