Bollywood is a glam world where every day there is a new rumoured couple. Sometimes actors don’t even realise who all they are linked up with by the media. Although a lot of times these link up stories just turn out to be another rumour story, sometimes they turn out true. One such link up story that stayed in news for the longest time is Arjun Kapoor and Malaika Arora’s.

When the stories about them started making their way to the headlines, both of them decided to stay quiet and avoid those questions. After sometime, they came around and made it official by making more appearances together and not dodging any questions. They never fail the opportunity to shower love on each other through social media. Something similar happened on Arjun’s latest post. 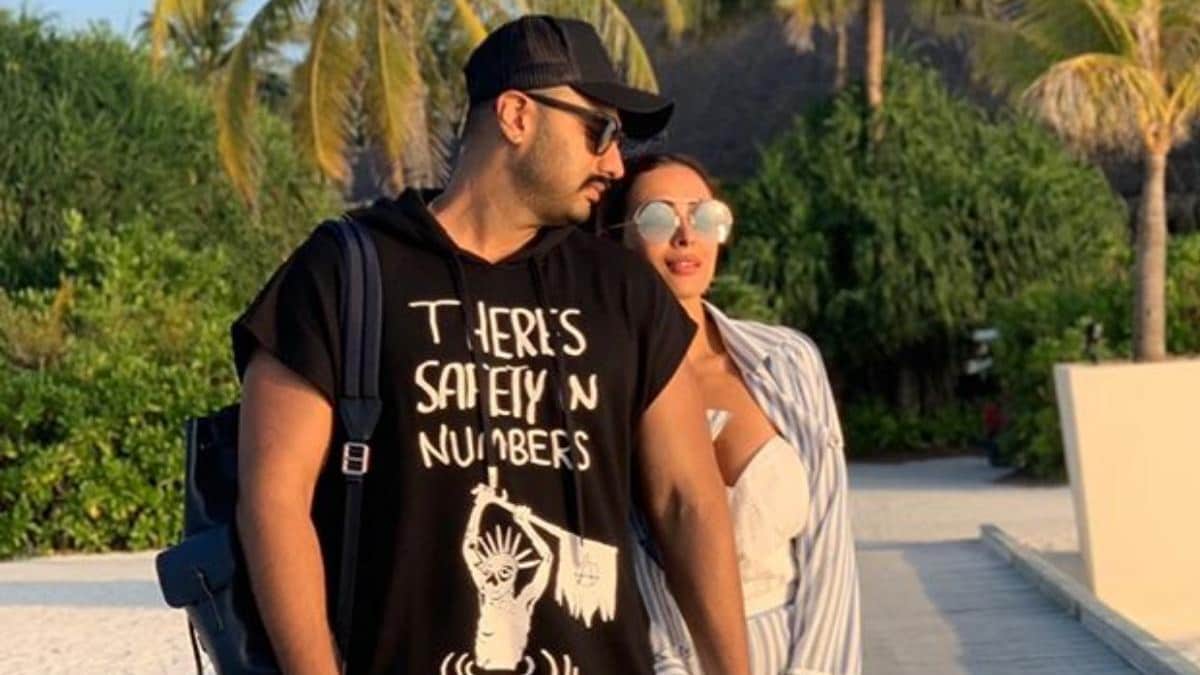 On October 24, 2020, actor Arjun Kapoor took to his Instagram handle and shared a series of monochrome pictures. In the pictures, Arjun can be seen dressed in a simple t-shirt and giving goofy expressions with his messy hair. He shared three such posts.

As the actor looked absolutely stunning, his lady love definitely thought he was on fire. And that’s why, the actress dropped a fire emoji in the comment section under his post. Arjun paired a perfect caption with the picture that said, “Messy hair, don’t care.”

Other than Malaika, there were many other friends and fans who made their way into the comment section to appreciate Arjun. While Anshula dropped a heart emoji, Siddhant Chaturvedi also complimented Arjun, making a reference to his debut film, Ishaqzaade. He wrote, “Haye! Hua Chokra Jawan re.”

It was in last month when both Malaika and Arjun were tested positive and quarantined as safety measures. It was by God’s grace that they recovered soon and were tested negative.