BB13’s Shehnaaz’s Brother Shehbaz Gets Her Name Inked On His Wrist; Says ‘Love U Sister’

Bigg Boss 13’s fame Shehnaaz Gill enjoys a huge fan following all over social media platforms. Punjab Ki Katrina Kaif got popular because of her stint in the controversial reality show, Bigg Boss. The viewers liked her interpersonal chemistry with Sidharth Shukla and also nicknamed them as ‘SidNaaz.’ 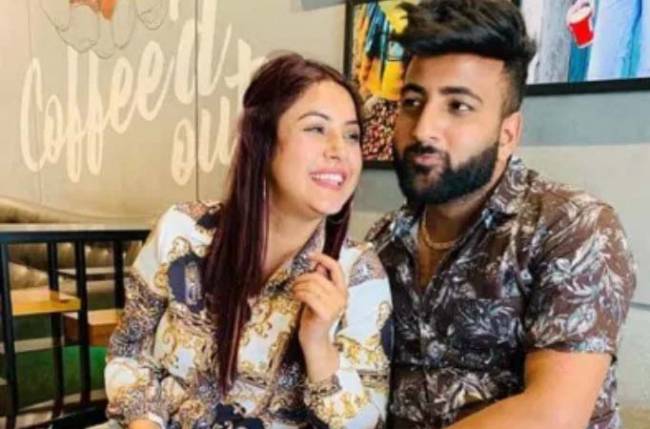 The love, masti and friendship of ‘SidNaaz’ is still going on even though the reality show has come up with its new season. The fans are still in awe of the two and they always want to see them together. Recently, they filmed their new album in the city of Chandigarh and the two had a great time together while filming it.

Today, we have brought another update for Shehnaaz Gill’s keen buffs and admirers. A special someone has got ‘Sana’s name tattooed on his wrist. But, it is not Sana’s bestie Sidharth Shukla. Here we are talking about her brother Shehbaz Badesha who also got huge attention in the Bigg Boss’s 13th season. Now, the loving brother Shehbaz Badesha has got inked Sana’s name on his wrist. On her Insta stories, an excited Shehnaaz posted images and video recordings of the tattoo. Shehbaz also posted the image of his special tattoo and wrote a cute note for his sister. He wrote, “Today i am because of u Love u Respect sister.”

In the meantime, Shehnaaz Gill was in the headlines owing to her dad Santokh Singh. As she came to the city of Chandigarh, Punjab, Santokh Singh was very upset as Shehnaaz skipped meeting his friends and family members. During his media talk, he said, “I felt embarrassed in front of my friends. But she is my daughter and I love her a lot. I know I will be upset with her for some time but I cannot be angry for too long.”