After Ex Beau Paras Gets Matching Tattoo With Mahira, Akanksha Puri Gets One Too 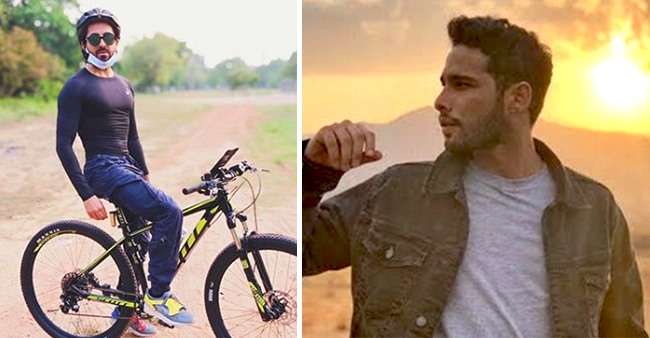 Tattoos will always remain a part of the style statements of celebrities. TV star Akanksha Puri and her ex-boyfriend Paras Chhabra are very fond of tattoos. They both inked each other’s names on their wrists when they were in a relationship but altered those after break up. Now when Paras got a tattoo that matched with his present girlfriend, Akanksha too got one.

Paras and Mahira Sharma, who are being said to be the new couple, very recently got tattoos of the symbolic eye of the reality show, Bigg Boss 13. Soon after that Akanksha also got her third tattoo. It symbolizes a warrior. She posted a photo of her hand with the tattoo on her social media account.

When asked, Akanksha said that the tattoo will give her positive energy whenever she will feel low or will go through tough times. It will remind her that she is a fighter and can tackle any situation. The two Sanskrit words ‘Ahamasmi Yoddha’ is inked on Akanksha’s left hand from the wrist to the little finger. She also said that she wrote it in her hands so that it can be seen all the time.

Akanksha Puri is recently started working for the television show ‘Vighnaharta Ganesh.’ There’re reports of her joining Bigg Boss 14 but she denied all the reports of taking part in the next season of the reality show. Her ex-beau Paras Chhabra and Mahira Sharma shared a good bonding from the sets of Bigg Boss 13.