Bebo Steps Out Of Home With Taimur In New Normal Avatar, Have A Look

Kareena Kapoor Khan and her cute son Taimur are never missed by cameras when they are out, whatever the conditions are like. Just when Kareena stepped out of their house after a long time with her little kid Timtim, as Taimur Ali Khan is affectionately called, they were instantly spotted by paparazzi. Obviously the mom-son duo was in masks. Bebo was seen in an animal-printed wrap dress with retro look sunglasses and plain white mask whereas Taimur was as usual adorable in a blue T-shirt and blue denim with sneakers. The little boy of Saif-Kareena always attracts the camera. Now finding Taimur in the suburbs of the city in a new normal avatar with a colorfully printed mask was not a thing that could be missed. Bollywood diva Kareena was spending a life of complete home staying with her husband Saif Ali Khan and Taimur. Going out from home in such fashionable looks made paparazzi get a gem and to get a glimpse of cuteness loaded Taimur was surely a bonus. 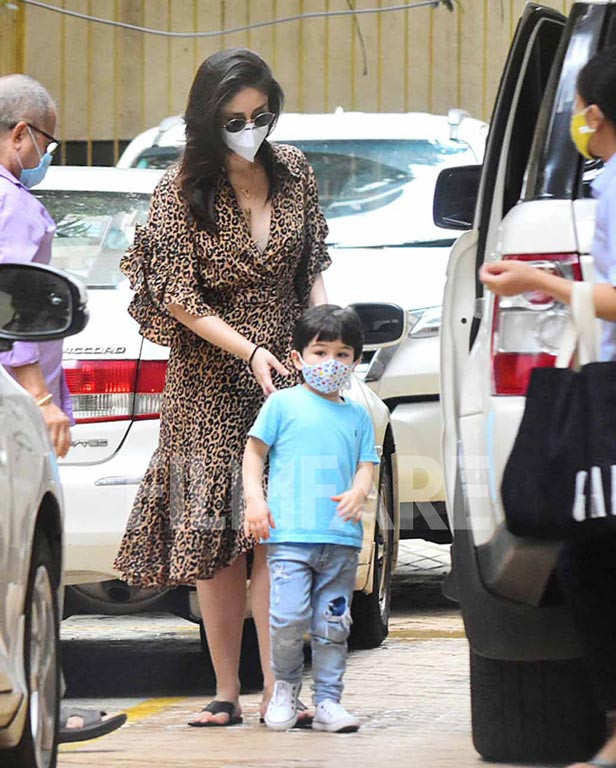 Bebo seems to enjoy the days of spending time with her little son before she resumes work. She has a film in her hand named ‘Takht’, directed by Karan Johar. “Takht’ is going to be a multi-star cast film with Anil Kapoor, Ranveer Singh, Vicky Kaushal, Alia Bhat, Janhvi Kapoor, and Bhumi Pednekar. Kareena’s last film released before the pandemic was ‘Good Newwz’ opposite Akshay Kumar.