Actress Kareena Kapoor Khan had the fun-filled Sunday as she enjoyed her favorite movie F.R.I.E.N.D.S while binging on a delightful burger specially made by Sonam Kapoor’s sister, Rhea Kapoor.

Sharing a glimpse for her bestie Rhea, who was the producer of Bebo’s Veere Di Wedding, she penned a note on her Insta handle: “Now that’s a Sunday binge on acxd! F.R.I.E.N.D.S on my iPad, the best burger in my hand by my best producer ever… thank you Rhea for always supporting my stomach (no pun intended). Love you.” 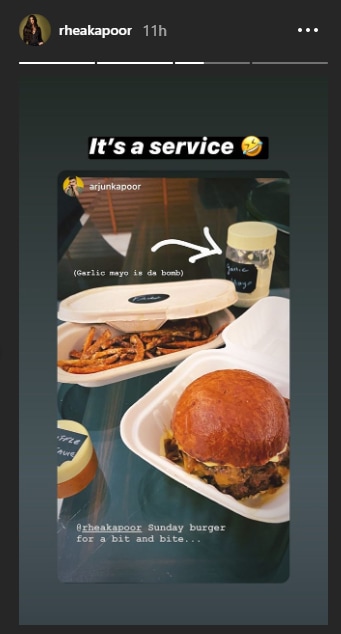 In the video recording, Bebo, in her Sunday-special pyjamas, can be witnessed seen enjoying the movie and at the same time, she took a huge bite of that yummilicious burger. 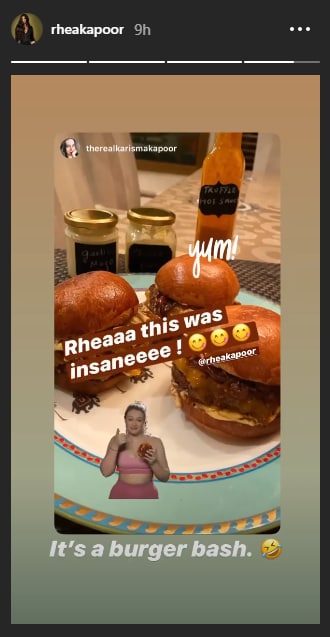 Looks like Rhea Kapoor also got some burger packs delivered from cousin Arjun Kapoor and Kareena’s sister Karisma Kapoor’s homes. “Rhea, this was insane,” wrote Karisma in an Instagram story while Arjun added: “Sunday burger for a bit and bite.” 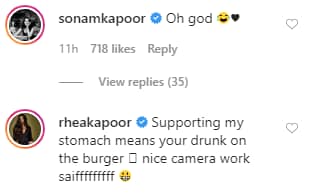 Well, it all started with this post of Rhea: “Stop and smell the cheese. And butter. And fresh bread.” OMG, we’re drooling.