Bharat’s Bumper Opening, See The Box Office Collection Of The Film After Day 2 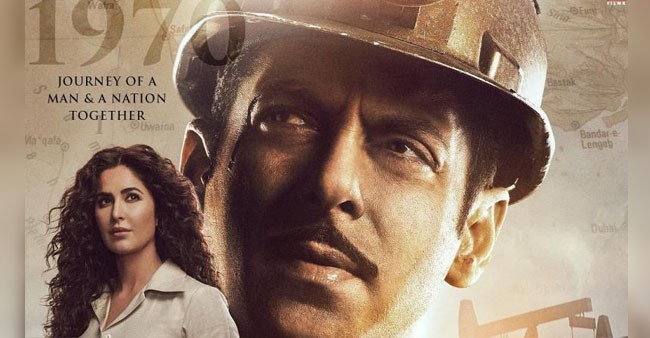 Bharat Box Office Collection Day 2: Bollywood superstar Salman Khan has made a big difference in the box office from ‘Bharat’. On the very first day, when Bharat was released, its earning was Rs 42.30 crores and it was a bumper opening. In its second day, the film earned 30 crores. The second day’s earning information was given by Box Office India.  Salman Khan, Katrina Kaif and Disha Patna starrer have made a record by earning about 72 crores in two days.

Salman Khan has once again demonstrated with the earning of Bharat that he is the sultan of Bollywood. This is the biggest opening of any movie of Salman Khan till now. This film is expected to earn a recorded money in its first weekend.  Whenever the actor comes with director Ali Abbas Zafar, he does such a miracle at the box office. Salman Khan’s film ‘Bharat’ has received good response from Bollywood and the film has been receiving appreciation from audience and critics as well. Meanwhile, there are rumours that Salman and Ali have fallout after release of Bharat. On being asked about the same, Ali says, “These are completely false and baseless rumours. Salman Bhai is like an elder brother to me and everyone knows we consider each other family. And everyone who’s spreading such reports, I just have one thing to tell. Salman and I have ready discussed a couple of things and he will soon be spending a lot of time again with me on a project.”