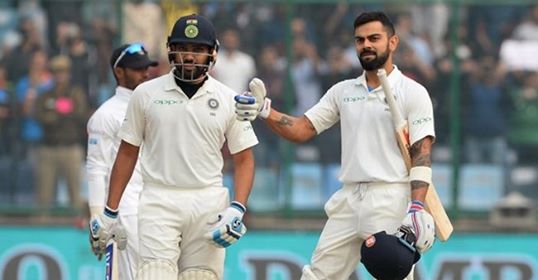 The controversies around the Big Boss season 13 are continuing to grow with each passing day. In the most recent episodes, many contestants have been seen breaking various rules of the house during the Snakes and Ladders task. Sidharth Shukla and Shehnaz Gill particularly engaged in various physical and verbal spats which have angered the show’s audiences.

There have been many instances including Sidharth Shukla, Sidharth Dey, Devoleena, Shehnaaz Gill and others breaking rules left right and centre. It all started on Wednesday, Sidharth Shukla didn’t allow anyone to take part in the task except Shehnaz. Later, he was seen pushing Mahira violently.

On Thursday too, the ungrateful events continued as Shehnaz collided with Sidharth Dey and the duo made some distasteful comments on each other. Simultaneously, Asim and Mahira engage in a spat after which Asim started throwing chunks of mud at Mahira. Later, all the housemates turned in on Sidharth Dey.

Shehnaz then was engaged in a spat with Shefali during which the latter attacked the former. Both of them got physical and had to be separated. Ultimately Big Boss had to intervene, as he cancelled the task and nominated all the contestants for eviction as punishment.

During the past, contestant have been raising their voice towards the host of the show Salman Khan, who has been looking increasingly biased towards, Sidharth Shukla and Shenaz Gill. Users on Twitter were quick to point out the same, and instead, have called out the Dabangg 3 actor to take strict action against Sidharth and Shehnaz.

This is how the Twitterati reacted to the latest brawl in the show:

This is happens when the you do favour and partiality with contestants, it was clear from day one, that Shehnaz and Siddharth was getting favour by Makers and Salman Khan, both of they are not liked by viewers, but for your own sake, you make them in the show, n evict koena dalji

I want to say about bigg boss 13 as i am very big fan that Salman khan sir should tell something to siddhart shukla for misbehaving and Devoleena Bhatacharjee for so much aggression during task and slapping Shehnaz and Paras Chabbra that do not say about someone character ….. pic.twitter.com/I7W9KfoPRZ

Yesterday it was #SidharthShukla who harrassed Everyone & later played Victim card.

I mean, don't they think at all?

How long will Salman & BiggBoss save these 2 violent psych0s?#BB13 #ShameOnSiddharthShukla

BiggBoss & Salman will still defend the woman beater #SidharthShukla (he definitely has beaten many in personal life!).

They'll try to ignore it by giving the excuse of #Diwali !

Salman will convince them to "bhul jao sab kuchh because Diwali hai".

Salman Sir with due respect please watch cutless & shukla's violence on voot not the television episodes…they have edited everything what shukla did..u will be shocked..we as audience really trust u .so please maintain that and be just. as u r always @BeingSalmanKhan @BiggBoss

Today will be the Weekend Ka Vaar episodes and probably Salman will take some action against the likes of Sidharth and Shehnaaz.