Bigg Boss season 14 has been like a roller coaster so far, full of twists and turns leaving everyone stunned. From day one, there was something new to look forward for the fans. As the weekend just went away, we saw the host of the show, Salman Khan in Weekend Ka Vaar. And just like every other week, he was seen schooling the contestants, and sometimes lightening the mood with some games.

Also, just like every other weekend, towards the end of the episode, he was seen evicting one contestant. This week, it was Naina Singh who got evicted from Bigg Boss 14 on Sunday. Other than Naina, Shardul Pandit and Rahul Vaidya were also nominated for eviction this week.

Naina was quite confident of making her mark in the Bigg Boss 14 house, although she was hardly visible during her stint on the show. She entered the Bigg Boss house with Kavita Kaushik and Shardul Pandit as wild card contestants. The actress started her career by winning Splitsvilla. She then participated in Karan Johar-Rohit Shetty judged India’s Next Superstar. In fact, Naina was one of the finalists in the reality show.

After the reality shows, she starred in Kumkum Bhagya as the antagonist post the leap. But in June, the actor announced that she will no longer be part of the show. Naina had entered the Bigg Boss 14 house with the promise of adding entertainment and drama to the show. 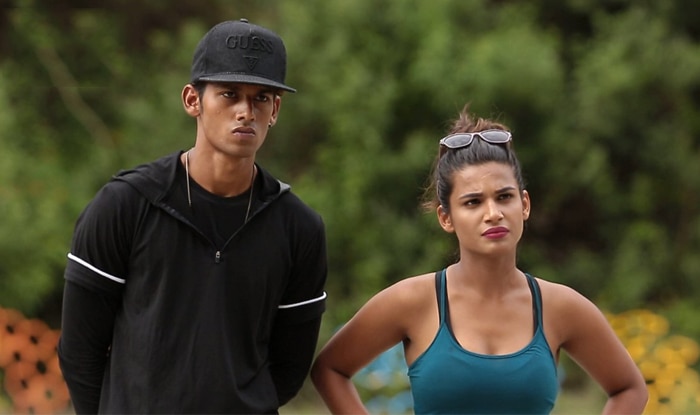 After the exit of Naina Singh, there are a few contestants still standing strong to win the trophy of Bigg Boss 14. There are Abhinav Shukla, Eijaz Khan, Rahul Vaidya, Pavitra Punia, Jasmin Bhasin, Nikki Tamboli, Jaan Kumar Sanu, Rubina Dilaik, Aly Goni, Shardul Pandit and Kavita Kaushik. Sunday’s episode of Bigg Boss 14 was full of drama and emotion as host Salman Khan took everyone to task over their behaviour through the week.