It’s no hush-hush that Sreesanth and Vikas Gupta took part in Khatron Ke Khiladi 9 together before the ex-cricket sensation made entry to the Bigg Boss 12 house.

Sreesanth hardly has a decent, stable bonding with anyone in the house, Bigg Boss 11’s participant being one of them.

During Oct 30’s episode of the most popular show, we witnessed how Shilpa Shinde was confessing him how much she dislikes Gupta in spite of everything. Vikas welcomes Sreesanth very pleasantly and even reminds the ex-player that they did a show together once. Whilst Shinde was disclosing her top-secrets to Sreesanth, Gupta was telling BB12 mastermind, Dipika Kakar, how she wants to strengthen her game when it comes to Sreesanth. In the forthcoming installment of the show, Vikas and Sreesanth will enter into a major showdown. Not just that, the majority of participants go up against Vikas, even Romil Chaudhary blames him of destroying the mission and Surbhi Rana begins her boundless criticisms at the brainiac of the show. During an argument, Vikas requests Sreesanth to perform himself when Sree loses his temper and marches ahead. The housemates intervene and make attempt to stop Sree from hitting him or anything. Sree is then also witnessed taunting Vikas and naming him a line producer and all of that. While Vikas is performing the task, Sreesanth goes on calling him a loser, which obviously doesn’t go down well with Vikas and he calls him mannerless in its place. And things don’t rest down there as they enter in a quarrel. Though Dipika Kakar makes attempts to stop them, it is of no good as Sreesanth seems to be very annoyed. 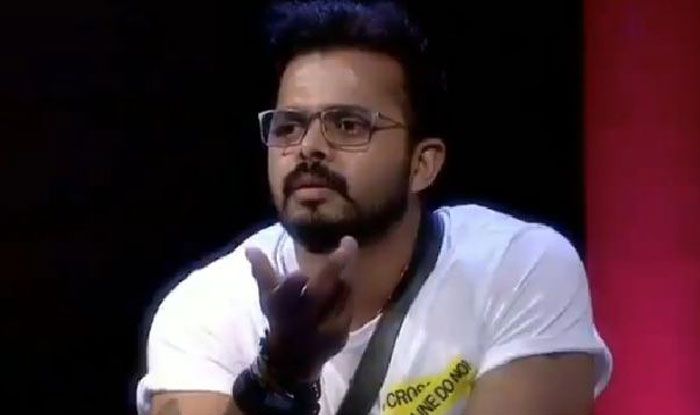 And Kamya Punjabi, who always backed up Vikas since the last season, made a tweet, “Oh god vikas why…”

Vikas Gupta answered, “Cause i am stupid and trust people easily and take them on face value and forgive people . Anything more I should add”…