Bigg Boss season 13 was one of the most loved shows. It was full of drama, love and entertainment. The show gave its audiences a lot of love stories and couples that the audience still root for. One such loved and sought after couple is Asim Riaz and Himanshi Khurana. Their bond on the show definitely caught a lot of attention.

But recently, there were rumours and speculations around their relationship and if they have broken up. Both of them were seen sharing cryptic notes on their social media handles which left the netizens curious. And it raised a lot of questions that if the couple is facing a rough patch in their relationship. Recently, they were spotted together at Jaipur airport. The two were seen exiting the airport. While Asim was wearing a black t-shirt along with black shorts, Punjab Ki Aishwarya Rai was seen in white shirt top with black trousers flaunting her Dior bag. Their appearance has certainly squashed all the rumours about their break up.

Although there is no clarity if the couple is headed to the city for a romantic getaway or work commitments. The speculations are based on the fact that the duo has worked together previously. They have been seen together in music videos like Kalla Sohna Nahi, Khyaal Rakhya Kar, Dil Ko Maine Di Kasam and Afsos Karoge in the past. 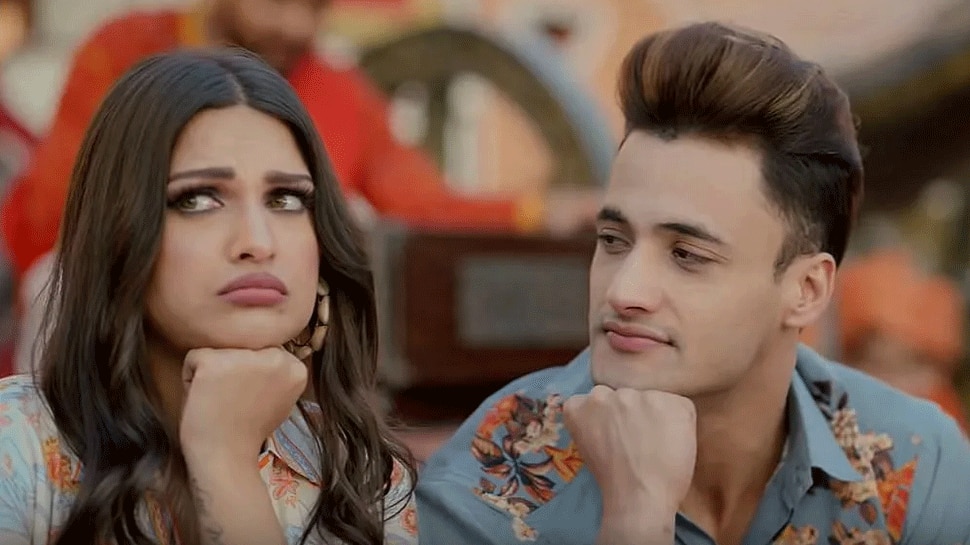 Meanwhile, it was on Septemebr 27 when the actress took to her Twitter handle and informed her fans about testing positive. According to the reports, she was rushed to hospital as her oxygen saturation level went really low and she had 105 temperature.

Thankfully, with God’s blessings, the actress was soon recovered and tested negative. She had also shared the same information with her fans through her social media handles.