Yesterday, on a very good tone the teaser of Kangana Ranaut’s most anticipated movie Manikarnika released and the world is enjoying the teaser as it makes us sit up. Kangana is playing the intense role of Rani Laxmibai.

As the teaser begins with an inspirational voice of Amitabh Bachchan who narrates the story of history, which was before the invasion of India by the Britishers. The teaser got a top-notch response from the viewers with commendable likes. 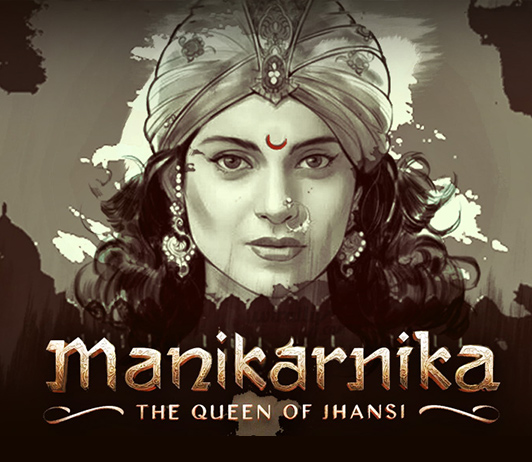 The whole girl bash from the movie including Kangana Ranaut, Ankita Lokhande and Unnati Davare – celebrated the huge response to the teaser of Manikarnika and enjoyed their level best at the Mumbai Office.

The Instagram handler of Kangana Ranaut posted few pictures and videos directly from the celebrations where it was clearly seen that how madly the girls are enjoying the success of the teaser if this much of excitement has been around the stars before its release then what will be the level of exhilaration among them. Well, the teaser is really doing well as it gained 10 million views in less than 24 hours of release, and its really living up to the expectation of viewers.

A few shots of the movie are still under the making in the direction of Kangana, a few of the stars from the movie recoursed of leaving the movie. And the movie has gained enough limelight as it had some problems, related to the director and some actors.

As per the new reports,” Director of the movie Krish Jagarlamudi has opted out of the movie due to some issues with Kangana and thus Kangana has taken the courage of directing the left parts of the movie”, moreover the facts are not revealed and we are not sure about the speculation.

For more such news stay glued with us!