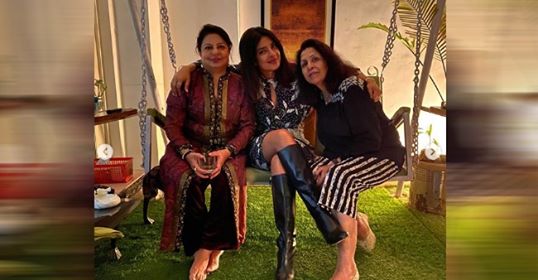 Ever since Dipika Kakar Ibrahim donned the role of Simar Bhardwaj in popular television show Sasural Simar Ka, she has become a household name, courtesy of her cute looks, brilliant acting and genuine nature.

Dipika is currently married to Shoaib Ibrahim, a former co-star of hers, and together they make one adorable couple. Their Jodi is one of the most admired across all of India. Dipika Kakar is frequently active on social media and often keeps her fans updated with whatever is happening in her personal and professional life.

In the warmth of my space!!! @helo_indiaofficial

The actress recently shared a picture with her husband Shoaib that’s bound to give anyone major couple goals. Clad in the sunshine, both Dipika and Shoaib posed for the camera. Dipika shared the sunkissed picture on her Instagram feed and her huge fanbase flocked to shower their love on the two lovebirds.

Along with the picture, Dipika wrote, “Just another “our” click!” tagging her hubby in the pic. While Shoaib was seen wearing a grey t-shirt, Dipika was seen donning a printed cardigan.

Time and again, Dipika and Shoaib treat their fans to loved up pictures of each other, and those who follow the two actors on social media know how frequently they feature on each others’ profile.

On the professional front, Dipika Kakar is currently seen in the show Kahaan Hum Kahaan Tum in which she has been paired up opposite Karav V Grover. Their chemistry has been one of the main reasons why the show has become so popular. She plays the role of Sonakshi in the show that is among the highest-rated tv shows in the current period.