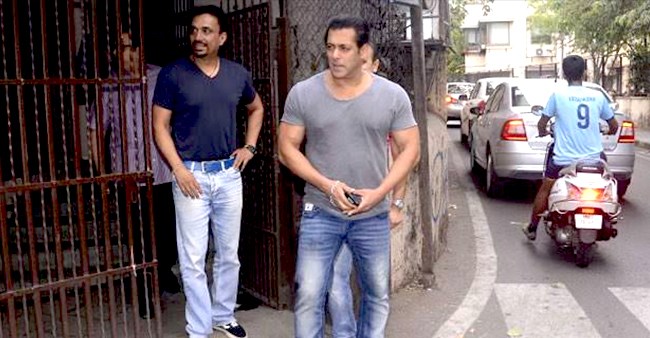 If there is one flick that has been making the fans excited and hitting the headlines at the moment, it is absolutely Dabangg 3.

Well, why not! It is one of the highly anticipated flicks of 2019 that is just a few days away from its big release. The cast and crew of Dabangg 3 have already commenced their promotion spree and are taking each and evry step possible to make it a big hit.

Of late, squad Dabangg 3 visited the sets of most controversial reality show, Bigg Boss 13, which has been hosted by none other than super star and lead actor of the film himself.

The Bollywood bad boy looked elegant in a black tee that he matched up with a pair of toning denims and dashing shoes.

Sonakshi and Saiee looked spectacular as both te beauties were seen in pink coloured lehengas. Prabhu Deva put on a black shirt and toning trousers.

While talking about the upcoming flick Dabangg 3, Salman Khan and Sonakshi Sinha will be repeating their characters as Chulbul Pandey and Rajjo respectively in the flick.

Dabangg 3 also marks the foray of actor Mahesh Manjrekar’s cute and talented daughter Saiee Manjrekar in thefilm industry. Saiee will also be seen donning a major character in the movie.

Dabangg 3 also has Arbaaz Khan and Mahie Gill in crucial roles. It has been helmed by Prabhu Deva and is planned to hit theaters on December 20, 2019. Likewise, a few of its songs have already been labeled big hits.