Deepika Padukone has seized her several moods at the dance in the latest video she shared on the social media platform. The video has mesmerized her fans.

“Me…And all my alter egos!,” she penned in the caption, along with the quirky video.

In the latest video, Deepika can be witnessed putting on a powder pink crop upper with identical joggers and a lime-colored shrug. She will be witnessed in a short hairdo and delicate makeup.

Actors Ranveer Singh and Varun Dhawan were amongst the first ones to enjoy the video. Both of the stars dropped laughing emojis in the comment box. The video has edits of Deepika’s various styles as she dances.

The actress has a busy 2021 ahead. Mrs. Singh will be witnessed in Shakun Batra’s forthcoming yet-untitled picture that also boasts of Siddhant Chaturvedi and Ananya Panday. 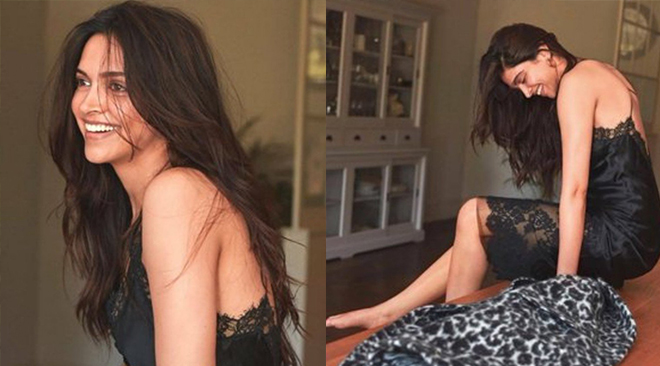 Deepika will also be witnessed in an untitled movie with Big B and Prabhas. She also has a special role in “83” starring her spouse Ranveer Singh.

There are also reports that the actress will be seen along with Bollywood biggie Hrithik Roshan for the very first time in the action adventure “Fighter”, helmed by Siddharth Anand.

As per reports, the Hindi film industry’s female superstar Deepika Padukone is being considered to don the role of a villain in the forthcoming installment of the movie, Dhoom. But, there is no official confirmation, the report states that Padukone is very pleased to play this character and will restructure her dates to be a part of this project.

Deepika has been in high spirits for quite some time now. Over the weekend, she shared her ‘weekend mood’.

She shared an image in which she can be seen sitting in a restaurant putting on a grey sweatshirt, sporting a no make-up look.