Every time a Bollywood actor is celebrating his or her birthday the whole industry comes forward to make their day special with good wishes. From sharing small anecdotes of filming days to wishing every things that’s good for them, there are pictures, videos, post and stories that fill up the internet.

Something similar happened on Bollywood’s heart throb and chocolate boy, Kartik Aaryan. Actors like Kriti Sanon, Ayushmann Khurana and so many more filled the social media with good wishes for him on his special day. And amid so many pictures and videos, it was Deepika Padukone’s birthday wish for him that caught everyone’s attention.

The actress took to her Instagram handle and shared a picture of Kartik Aaryan on her story. She paired it with a very sweet caption where she expressed her desire to work with him in future. She wrote “Happy Birthday. May we sign a fun film together this year.”

It was earlier this year when Kartik Aaryan had expressed his desire to work in a film with Bollywood’s diva Deepika Padukone. He had taken to his Instagram story and shared a collage pf his and Deepika’s picture. It had his a picture of him in his Maine Pyaar Kiya look and a still of Deepika from the film Om Shanti Om. Along with the picture, he wrote “Hai kisi Director mein dum?” 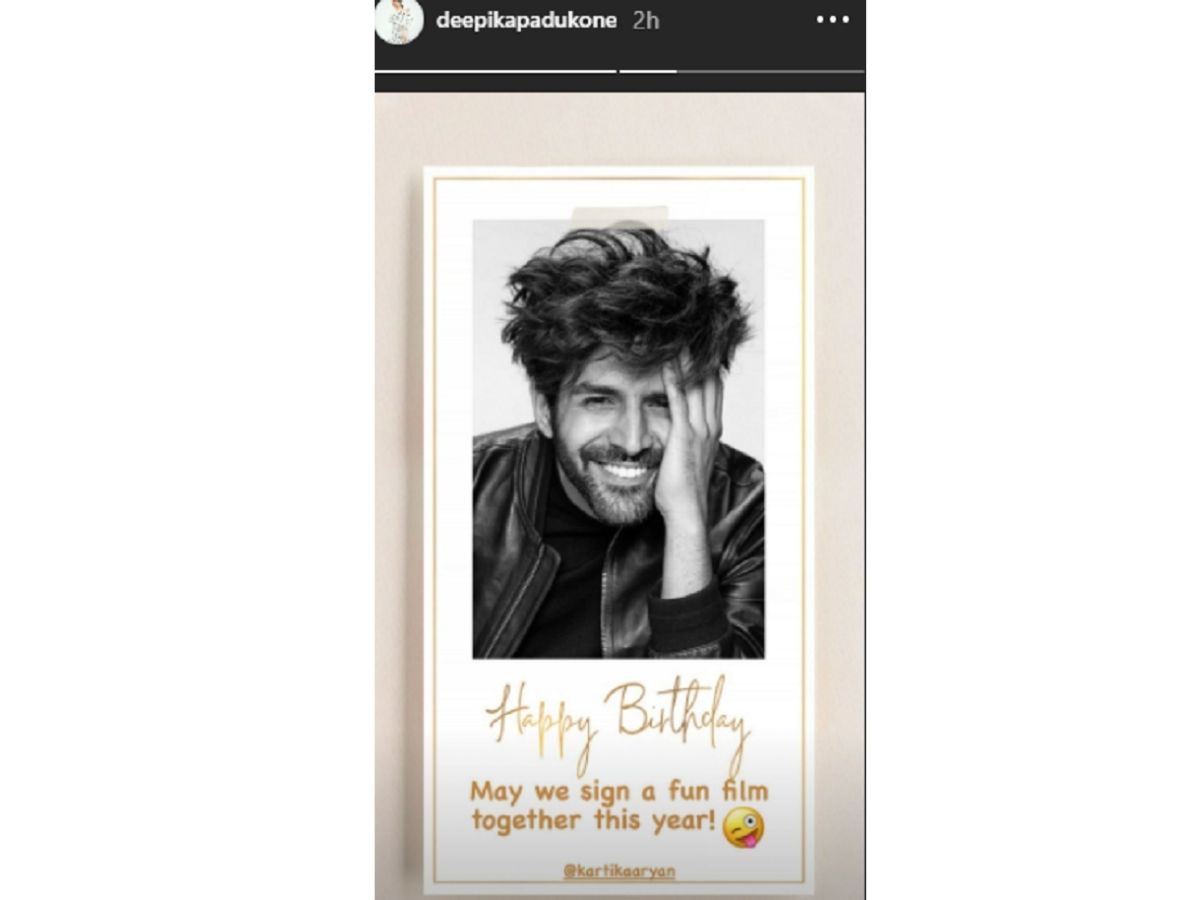 Apart from Deepika we saw Anushka Sharma sharing a picture of Kartik Aaryan with a sweet wish as well. Meanwhile, Shilpa shared a still of them dancing on a reality TV show.

MEanwhile, on the work front, Kartik has announced a new film titled, ‘Dhamaka’ on his birthday. The movie is being directed by Ram Madhvani of ‘Neerja’ fame. Apart from this, he also has films like, ‘Bhool Bhulaiyaa 2’ and ‘Dostana 2’ in his pipeline.