Deepika Padukone’s brilliant reaction to a fan that said ‘I Love You Ranveer’ is going viral, watch 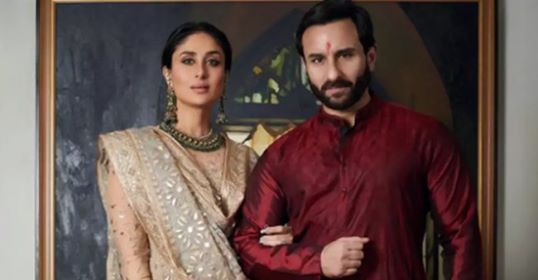 Deepika Padukone and Ranveer Singh, the power couple of Bollywood recently celebrated their first anniversary together. The adorable duo DeepVeer visited the Tirumala Tirupati Temple in Chittoor and later headed to Amritsar to seek blessings from Guru Nanak Dev Ji at the Golden temple.

Amidst all the love and mush that was showered upon the couple in the past week, there’s a hilarious incident that occurred during their visit to seek the blessing of Lord Venkateshwar which got caught in the camera and is now going viral.

The couple was quickly mobbed by fans and shutterbugs who flocked to the temple to get a glimpse of their superstars. A video that is now going viral on Instagram shows that while the couple was making their way to the temple, a fan couldn’t contain his excitement and he told Deepika “I Love You”, to which the actress responded by a smile.

Things escalated soon when the fan then spoke to Ranveer and said, “I Love You Bhaiyya”. However, the actress had a funny yet sporting reply to the fan as she said, “But you love me more!” after which the fan and both Deepika and Ranveer fell into laughter. Ranveer meanwhile was blowing kisses to the fan when all this banter happened.

The whole incident got captured in-camera as a video that is now emanating on various fan pages of Deepika and Ranveer. Meanwhile, after celebrating their anniversary in the presence of their families, both the actors have now returned to Mumbai.

On the work front, Deepika is currently preparing for her next film, Meghna Gulzar’s ‘Chhapaak’, that tells the real-life story of an acid attack survivor. Ranveer, on the other hand, is occupied in the filming of his next movie ’83’, which will also feature his real wife Deepika as his on-screen wife.