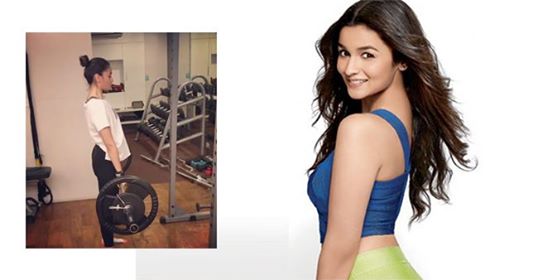 In an age where relationships and breakups have become a common phenomena, finding your happily ever after might be a difficult task. Even more so for celebrity couples. Handling the media, paps amid your love life may seem like a cumbersome task but there are people who fight for their love no matter what.

Today, we take a look at 4 celebrity love stories that will instantly instil your faith in a happily ever after…

Talk about the best couple of Tinsel town. Deepika and Ranveer look so adorable together and we fans should thank Mr Bhansali for playing cupid here. Ranveer has on various occasions openly discussed how he fell for Deepika but she had a bad heartbreak with Ranbir. Ranveer though with was able to win over his lady with love and the rest, as they say, is history.

These two met each other for a television ad campaign of a famous shampoo brand and they clicked instantly. Virat in his latest interview even mentioned how he made a ‘fool’ out of himself on seeing Anushka for the first time by cracking a lame joke. But slowly, they bonded and are now one of the power couples of Bollywood.

Sonam and Anand met each other for the first time in London. As Sonam recalled in an interview, “I was apparently wearing the worst sneakers he had ever seen. I keep telling him that he fell in love with me despite my bad sneaker game… That day, walking and talking in London, I knew he was the love of my life.” Do we need to say more?

There might be an age gap between Mira and Shahid but their love knows no boundaries. They are also the only couple on this list who got married first and then fell in love. Shahid recalls that he was very nervous the first time they met but after knowing how much they have in common, they were bound to fall in love. Today, Shahid and Mira are parents to two adorable kids Misha and Zain.