Whenever we talk about the Hindi film industry, we can’t miss taking the name of ‘Deol’ family. As we all know, the Deols have contributed a lot to the Bollywood business, right from ace veteran megastar Dharmendra Deol to his sons Sunny Deol and Bobby Deol. When it comes to movies, the Deols are known for their versatility in terms of action, drama, romance and much more.

Introducing my grandson #RajveerDeol to the world of cinema along with #Avnishbarjatya directorial debut. I humbly request you all to shower the same love and affection on both the kids as you have on me. Good luck and Godbless✨❤️#Rajshrifilms #barjatyas #Deols #RajveerDeol pic.twitter.com/59Yi21t8pR

Recently, Dharam Ji’s grandson Karan Deol has made an entry in the film industry and he was loved and praised for his acting skills. Karan’s debut film “Pal Pal Dil Ke Paas” failed to perform well in terms of profit but debutant Karan Deol became the talk of the town.

And now once again, Dharmendra took to his Twitter handle to make a special announcement. The declaration he made was about another fresh talent coming from the renowned family, and he is none other than the second son of Sunny Deol, Rajveer Deol.

While making the special announcement, Dharmendra made a tweet that can be read as, “Introducing my grandson #RajveerDeol to the world of cinema along with #Avnishbarjatya directorial debut. I humbly request you all to shower the same love and affection on both the kids as you have on me. Good luck and GodblessSparklesRed heart” 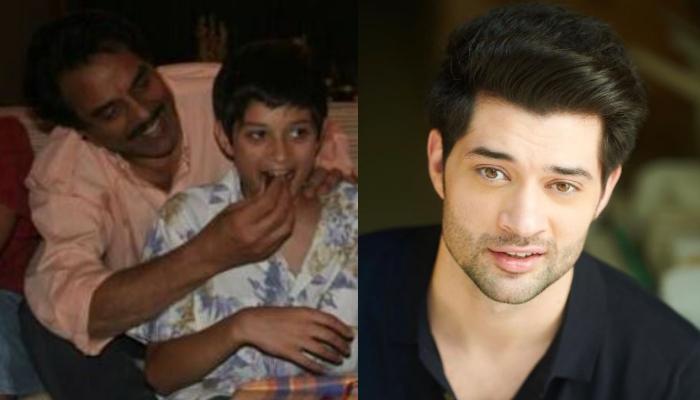 Well, certainly it will be really thrilling to see this new wonderful talent coming from the Deol family. In the year 2019, when Karan made his debut with his dad’s directorial venture “Pal Pal Dil Ke Paas”, the flick was produced under the banner of Sunny Sounds Pvt Ltd and Zee Studios. The movie also featured Sahher Bambba.

And at the moment, Karan Deol will next be witnessed in Apne 2, along with his grandpa Dharmendra, his dad Sunny Deol and chachu Bobby Deol. The movie is the second chapter of the 2007 release titled Apne that also had Shilpa Shetty, Katrina Kaif and Kirron Kher besides members of the Deol family.