One of the most appreciated movies of 90s was Dil Toh Pagal Hai (1997). Directed by the filmmaker Yash Chopra, it was a multi starrer and had Madhuri Dixit, Karisma Kapoor, Shah Rukh Khan and Akshay Kumar in lead roles.

The story line of the movie is also appreciable. The film revolves around the love lives of the members of a musical troupe, in which two dancers Pooja and Nisha, played by Madhuri Dixit and Karisma Kapoor respectively, compete for the love of a director-choreographer named Rahul, played by Shah Rukh Khan. Akshay Kumar is Pooja’s childhood friend, Ajay.

The movie shows the importance of friendship. It also gives the message that ‘somewhere someone is made for you,’ and makes you believe in the whole soulmate concept. The music of the movie was a major hit with the audience. The songs were composed by Uttam Singh, and Anand Bakshi penned the lyrics. 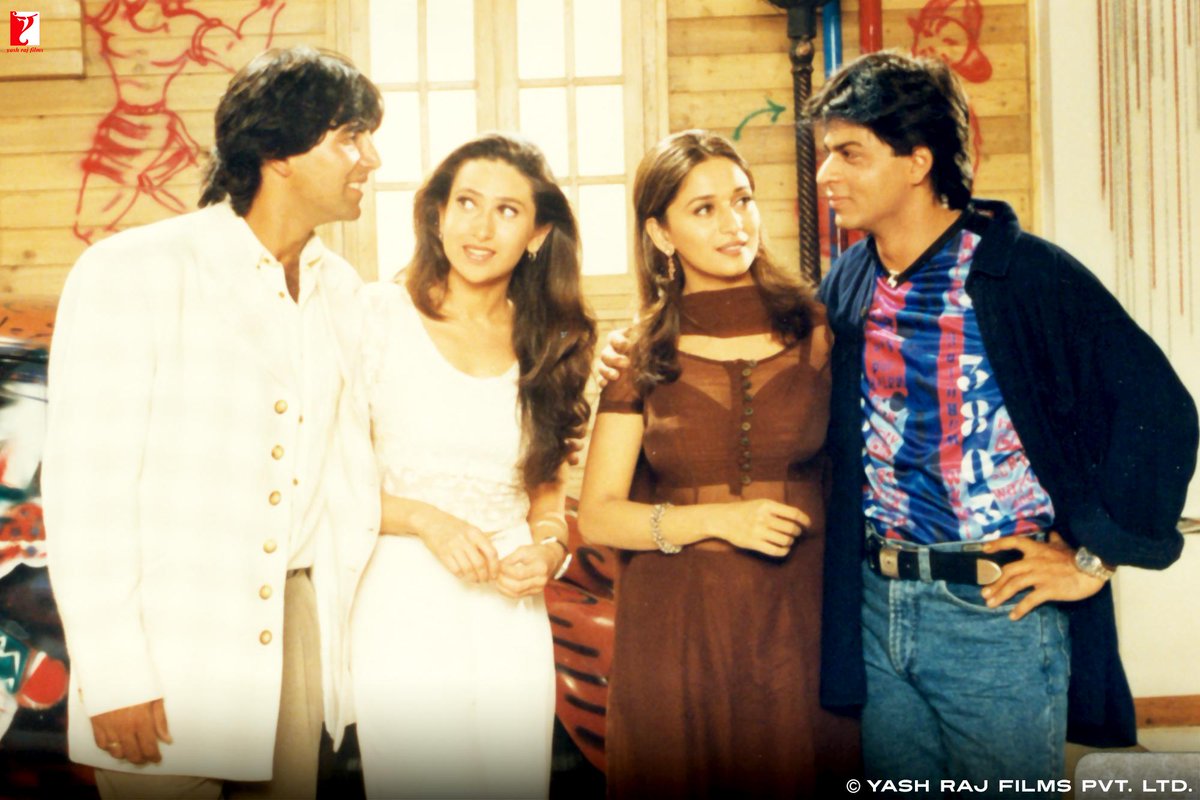 It was Bollywood’s beauty Madhuri Dixit who got nostalgic as her film ‘Dil Toh Pagal Hai’ completed 23 years recently. She took to her Instagram and Twitter handles and shared a few pictures where the leading actors of the movie can be seen posing for the camera and look absolutely fresh.

Along with these pictures, the actress penned down her emotions in the caption, and it made everyone travel back to those good old times. In the caption, she mentioned how the movie is so close to her heart and how much she loved her character. She wrote that her character, just like her, had a passion for dance and friendship.

#DilTohPagalHai is a film very close to my heart. My character in the film shared my passion for dance & friendship. It was a wonderful learning experience and working alongside @iamsrk #karishma & @akshaykumar is always memorable.#23YearsOfDTPH pic.twitter.com/5iqVrnoQ5a

Madhuri wrote, “Yash ji would personally explain every single scene. It was a wonderful learning experience and working alongside @iamsrk @therealkarismakapoor & @akshaykumar is always memorable.”

The film was a massive hit with the audience and was also hailed by the critics. Karisma Kapoor received National Film Award for Best Supporting Actress in 2000 for her role in the film.