Jackie Shroff’s daughter Krishna Shroff shared a spectacular snap of herself on the social platform. In the pic, she can be witnessed putting on a bikini displaying her curves. 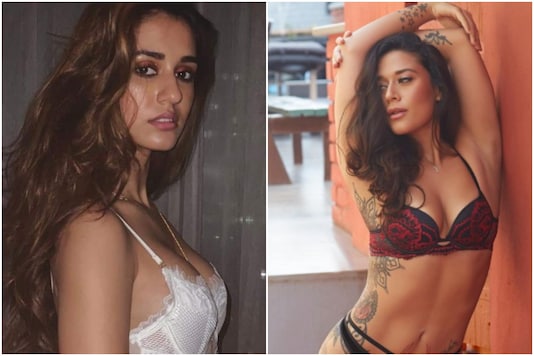 Her dear friend and actress Disha Patani commented on the candid snap, “Insane body.” Not only this, the rumored ladylove of Krishna’s brother Tiger Shroff also dropped some fire emojis. Previously, the Bharat actress also set the mercury soaring with her hottest image in which she could be seen enjoying a dip in the cool water of the swimming pool. She has worn a dark pink bikini while soaking in the sun with her eyes closed. She has her tresses tied in a cool bun.

She captioned the image using a pink flower emoji that appears to be one of her much-loved emoticons.

Now, Disha is prepping up for the release of Radhe, starring Salman Khan. The movie also has Randeep Hooda in the lead role. Directed by Prabhudeva, Radhe is all set for a theatrical release on Eid.

She is also eyeing to reunite with movie maker Mohit Suri for Ek Villain 2. The actress joined hands with Suri in their 2020 movie Malang.

Disha will also be witnessed in KTina, produced under the banner of Ekta Kapoor. The film also features Akshay Oberoi and Sunny Singh.