Disha Patani On Signing Radhe: Sallu Sir Offered Me The Film & I Accepted At Once 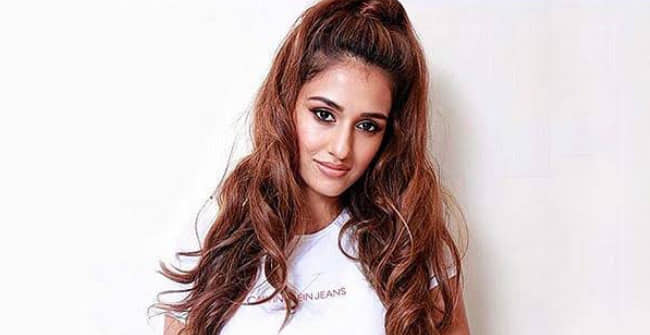 Disha Patani is all geared up to star opposite Bollywood hunk Salman Khan in his upcoming flick, Radhe: Your Most Wanted Bhai.

This will be Disha Patani’s second project with the most stylish and handsome star. The two had already worked together in a mega-hit Bharat, which also features Katrina Kaif, Sunil Grover and many other stars.

An elated Disha stated that Sallu offered her Radhe and she at once made her mind to sign it as the flick also gave her a special chance to work with ace moviemaker-choreographer Prabhu Dheva.

Tiger Shroff ladylove said, “Salman sir just asked me if I would like to do the film. I said yes. There is a reason why I chose to do the film, besides the fact that it had Salman sir and it was directed by Prabhu Dheva sir. It has to do with the story and my character.”

In Ali Abbas Zafar’s super-hit Bharat, the actress was seen playing young Sallu’s love interest. The fans loved their on-screen chemistry and the song, Slow Motion, that they did together in the movie was also a huge hit.

Disha added while she enjoys acting opposite Salman, she finds his aura intimidating.

The actress said Salman is a star and boasts of this aura around him.

He too added that in reality, he is too sweet and she respects him a lot.

“I am still intimidated working with him. During ‘Bharat’ I was not intimidated on-screen but off-screen I was. In my mind I was. But you have to keep everything aside when the director says action, after the cut I was intimidated again,” she added.

Radhe: Your Most Wanted Bhai also has Randeep Hooda and Jackie Shroff, and it will reach theaters on February 7.

Disha is presently readying for her next flick, Malang, in which she will be seen together with Aditya Roy Kapur, Anil Kapoor, and Kunal Kemmu.