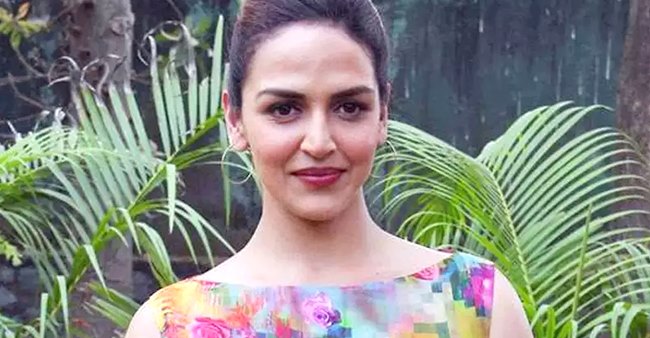 A few months after Radhya Takhtani’s arrival, Bollywood beauty Esha Deol Takhtani had returned to the film world with a short film, Cakewalk. When she became mom for the second time, she had penned a book on her experiences of maternity and it got released a few months back.

Esha was last seen in the film, Ki*l Them Young in the year 2015 and since then, fans are keenly waiting to see her back on the big screens. Not on big screens, but reports were widespread that Esha might make her TV debut shortly.

On Monday, Esha’s squad forwarded a report on her behalf stating that she is not associated with any such TV series.

“On behalf of Esha Deol Takhtani, we would like to clarify that all reports floating around media regarding her role in a serial is untrue. She is not playing any character in the serial. She is a devotee of Ma Vaishno Devi, and wishes everyone associated with the serial all the best,” reads the statement.

The actress’ team further stated: “Currently Esha is busy reading scripts, for movies, web series and digital films and also excited with her new role as an author with her book Amma Mia published by Penguin Books. She will soon announce her film project, when the time is right.”