Singer-actor Farhan Akhtar’s love life has always been a major topic of the town. After his separation with wife Adhuna Bhabhani, rumors of his link up with Shraddha Kapoor remained in the headlines for a while and later it faded.

Now, it seems that Farhan has found his lady love and she is none other than TV Host and VJ Shibani Dandekar. For a past few weeks, speculations about their love affair have been doing around social media. It all started when Shibani Dandekar posted a picture with a Mystery Man holding her hands wandering around the streets. Netizens figured it was Farhan, as he shared another picture, where he was wearing the same blazer as Shibani’s mystery man.

Today, a few pictures of the couples surfaced on the internet and seems they are confirming their relationship official with little hints. Recently, the two went on a hiking trip together in Vancouver, giving us more hints. Farhan shared a story on his Instagram official, where the actress can be seen with a tired look on her face from all the hiking with a funny caption that read, “Damn you, Farhan Akhtar.” 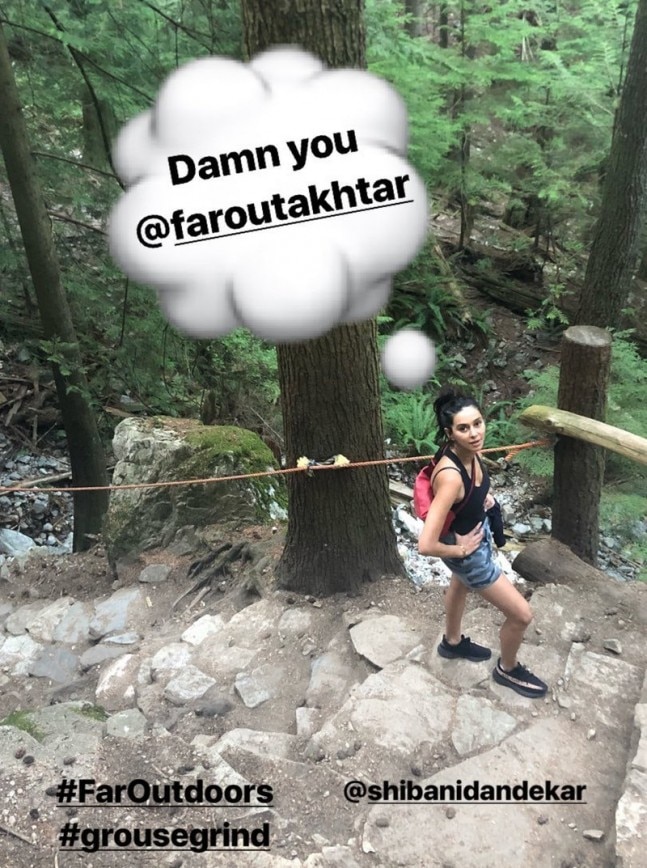 Although, these are just mere speculations at this time as the couple hasn’t confirmed anything yet. Farhan and Shibani have known each other since 2015 when she participated in a reality show which is hosted by him.

Talking about Farhan’s professional front, the actor will be soon seen in Shonali Bose’s The Sky Is Pink alongside Priyanka Chopra who is making a comeback in Bollywood after a gap of 2 years. The film is based on motivational speaker Aisha Chaudhary’s book who was diagnosed with an immune deficiency disorder at the age of 13. Priyanka and Farhan will play the role of reel life parents of Aisha which will be played by Dangal actress Zaira Wasim.