Filmfare Awards 2019: These INSIDE Pics of Ranveer-Deepika, SRK, KJo and others are Unmissable 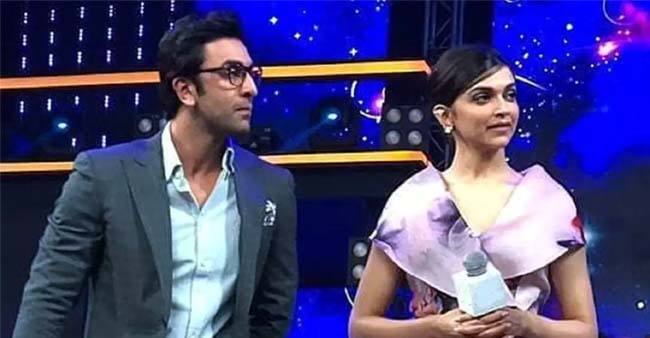 On 23rd March the 64th Filmfare Awards was held and it was a grand one indeed. The show had all the entertainment. The starry event was filled with love, laughter and spectacular performances on stage. And the best in Bollywood cinema was acknowledged with awards for the year 2018. Several of the biggest names from Bollywood including Shahrukh Khan, Ranveer Singh, Ranbir Kapoor, Deepika Padukone, Alia Bhatt, Katrina Kaif and others added more glitz to the function with their presence.

Among all it was, Ranbir Kapoor walked away with Best Actor for Sanju, and Alia Bhatt won it for Raazi. Sara Ali Khan bagged the Best Debut Award for Kedarnath. Ranveer Singh too won an award. And now we have our hands from some inside pictures from the awards night where everyone had a gala time.

Sara Ali Kham won her first Filmfare award for her debut in ‘Kedarnath’. The star actress happily posed with her trophy and her mother Amrita Singh.

It was Ranveer-Deepika who stole all the limelight at the event. The Padmaavat actor went on his knees and even shared a kiss with his wife Deepika Padukone while receiving the trophy from her.

In his speech he said, “This Black Lady (award) is very special to me, but this lady (Deepika) is the most special lady to have ever happened to me, I love you, are you proud of me,” asked Ranveer to Deepika.

SRK and KJo slammed all the speculations about their fall-out post KJo’s Twitter fiasco with this adorable selfie. During the grand event, Ranbir Kapoor and Ranveer Singh were seen interacting in a conversation. At the backstage, Ranveer Singh goes all witty with Kriti Sanon and poses for a cool picture. Ranveer Singh, Vicky Kaushal, Alia Bhatt, and Karan Johar also came together into a frame for a quick ‘starry’ selfie. Interestingly, Exes Ranbir Kapoor and Katrina Kaif were also seen greeting each other warmly at the red carpet. Ayushmann Khurrana is also seen in enjoying his fam moment with King Khan and their picture is just unmissable.