After months of stories and dropping a lot of hints, TV starlet Gauahar Khan and choreographer Zaid Darbar made a declaration about their engagement in November. The cute pair, who has been sharing lovey-dovey pics and videos on the social platform on a regular basis, will get married on December 25. 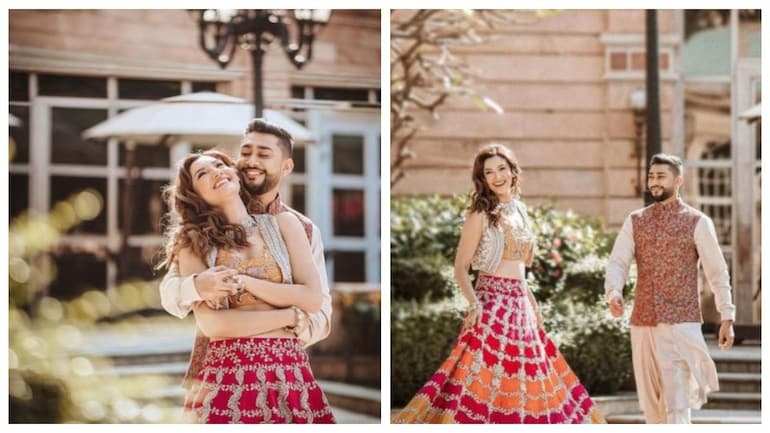 In the pic, Zaid and Gauahar shared cute pics on their respective official social media handles. In the first image, Zaid can be witnessed embracing Gauahar from behind and both the lovers are full of smiles. In the second image, Gauahar is looking in the direction of the camera whereas Zaid walks towards her.

As per reports, Zaid, the son of ace music director Ismail Darbar, proposed Gauahar in the month of July 2020. The Bigg Boss 7 winner is on cloud nine and shared that over a month of knowing Zaid well, they announced their engagement. The bride-to-be stated, “I was averse to the idea of being with anyone when I met him. Yet, I felt this was something different because I had never met someone like him. I felt this is my kind of human being. He is like me in many ways in thoughts, behavior, history and characteristics. So, I knew we would have a great friendship.” Gauahar stated that she is enjoying her time to the fullest and is in a happy space now. In her statement, the Bigg Boss 14’s toofani senior stated that during the lockdown, she experienced life from a changed viewpoint. The actress stated that she was not in search of love but when she met Zaid, it wasn’t like she had butterflies in her stomach in its place it was more that she met her human. She said that she could bond with him as he can handle her, understand and look after her, love her, and be her best friend. What the actress loves the most about Zaid is that she can be a goofball with him.