Shraddha has started the shooting of her upcoming movie, which is the most-awaited movie Saina Nehwal’s biopic, where we will see her stepping towards the sports and playing the character of badminton champion Saina Nehwal. 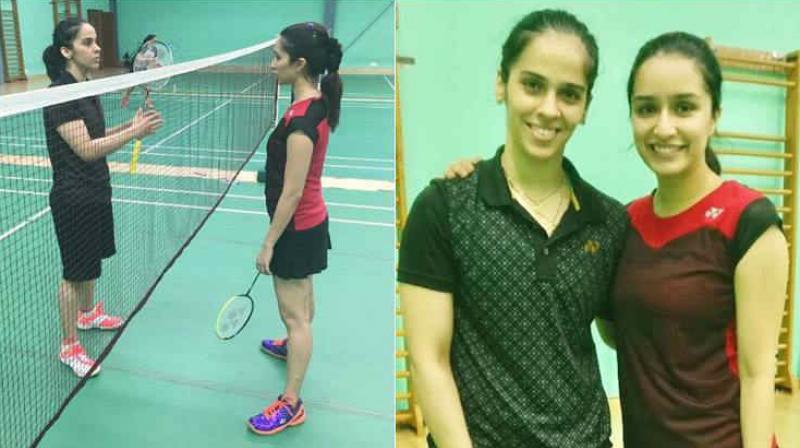 courtesy
The film is all around the journey of Saina Nehwal will star Shraddha Kapoor in the lead. Reports were rife that the film was delayed as the actress struggled to pick up the nuances of the game for the movie and now we can see the first look which is really splendid. The film is being directed by Amol Gupte.

courtesy
Shardhha is extremely excited for this movie because its one of the movie where she gets a chance to prove her acting skills. In an interview, she expressed her thoughts saying, “Saina is the country’s sweetheart, a champion and a youth icon. It’s a challenging role for an actor as it requires an immense amount of transformation.”

Shraddha has already proved her acting skills but this time it’s quite new for us to see her in a totally different character because it becomes very competitive when you work in a biopic because in this case, you have to do justice with the role.

Shraddha was last seen in the movie Batti Gul Meter Chalu wherein she was seen opposite Shahid Kapoor. The movie performed quite well at the box office and is still enjoying a steady run. Earlier, she was seen in Stree which proved to be a BLOCKBUSTER at the box office. The 100 crore film also starred Rajkummar Rao in the lead role and was directed by Amar Kaushik. The hangover of the success of the movie is still ongoing and now it’s a challenge for her to do better as she has already set her level high enough for the audience to expect from her.

Now what you think about her role in this biopic Movie…? Tell us your views with the comments below.