Kangana Ranaut who is one of the most bold and outspoken actresses in Bollywood, never fails to shower love on her family. While the world sees her as fierce and someone who speaks her mind, her family sees her as someone who has lots of love filled inside her. Currently, the actress has spent time in her hometown, Manali.

The actress is surrounded by her family members at all times and it’s simply adorable. While, Kangana has been constantly sharing glimpses of her fun life in the hill station. It was her sister, Rangoli Chandel who gave us one of the cutest sneak peek into the fun they are having.

Rangoli took to Instagram handle and shared a picture on her story, wherein we can see Kangana Ranaut and her nephew, Prithviraj. While, Kangana can be seen flaunting a heartwarming smile at the dinner table. Prithviraj strikes the most cutest facepalm pose, the maasi bhaanja duo can be seen sporting a casual look in the picture.

The picture is from their family time, as they are dining out at a Dhaba-style restaurant. The picture is so adorable that it deserves all the attention and love in the world. As Rangoli shared the glimpse on her story, she shared it with a caption, that said “Dhaba diaries.”

On the other hand, the Ranaut family recently wrapped up their week-long wedding festivities. It was because two of Kangana’s brothers got hitched. The pictures and video from the ceremonies were constantly shared by the actress on her social media handles. 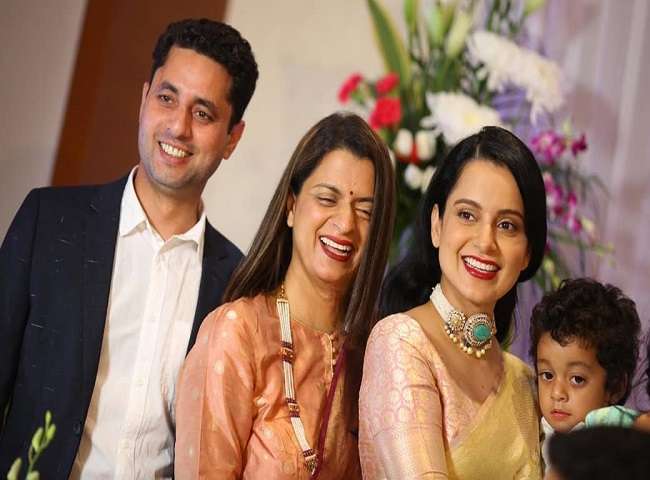 Meanwhile, on the work front, Kangana recently wrapped up a home-bound workshop session for her upcoming film ‘Tejas.’ In this movie, Kangana will be seen playing the role of a fighter plane pilot. The actress will be next seen in the biopic of politician J. Jayalalithaa titled as ‘Thalaivi’.