Hera Pheri Trio Is All Set To Be Back, Akshay, Suniel And Paresh Rawal To Start Shooting Soon

Hera Pheri series is one of the classic comedy films Bollywood has ever witnessed. Both the first and the second part received a great response from the fans. From Paresh Rawal aka Babu Bhaiya’s rib-tickling comedy to Akshay Kumar and Suniel Shetty’s banter, the film managed to take us on a roller coaster laughter ride. The first part of Hera Pheri released in the year 2000 followed by the second part Phir Hera Pheri which released in 2006. Since a long time there were reports about the makers coming up with the third part of this classic comedy. And it seems the wait is finally over. So folks, brace yourselves as Hera Pheri 3 is finally happening. Yes, you heard it right!

The trio of Akshay, Suniel and Paresh Ji is all set to be back soon to entertain us. The third installment of Hera Pheri is will go on floors by the year-end. Whoa! A source revealed, “At present, the film is in the scripting stage. Indra Kumar has been working with his team of writers on the story since May last year and has already locked the first half, while the second half requires some more work. He will jump into it after the release of his upcoming directorial, Total Dhamaal. Hera Pheri is an iconic franchise and the team is in no hurry to take it on the floors. Though everyone is excited, no one wants to compromise on the script for a substandard product to capitalize on the franchise’s power.”

Total Dhamaal director Indra Kumar will be donning the director’s hat for this popular franchise. 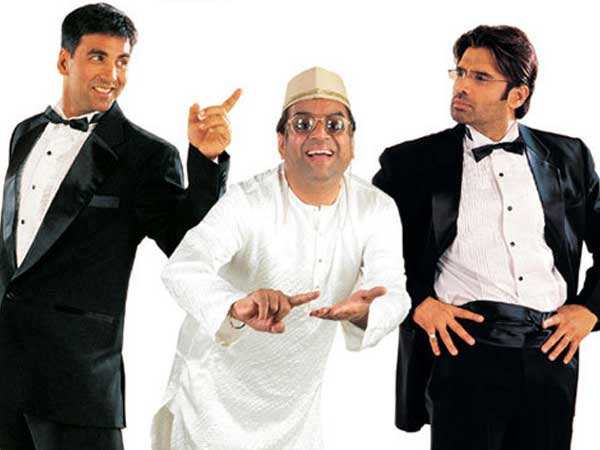 The film will be bankrolled by Firoz Nadiadwala and apart from the principal star cast of Akshay, Suneil and Paresh, the film is expected to witness many more known faces as a supporting star cast.