“I can’t do anything. There is nothing in my hand”, says Ankita Lokhande on brutal trolling on her after SSR’s death 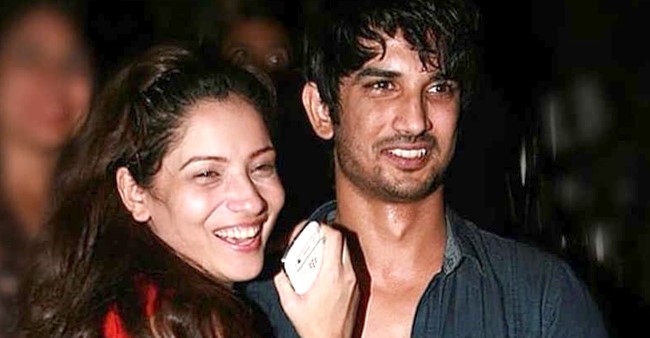 Actors Ankita Lokhande and late Sushant Sigh Rajput first met each other on the sets of their television serial Pavitra Rishta which was aired on Zee tv. They played the lead on the show Manav and Archana  the on screen chemistry soon turned into off-screen chemistry as the duo started dating each other and were dating for six long years before the couple parted their ways in 2016. The ex lovers were loved by their fans and followers, they were often spotted together in the city and gave people severe “couple goals”. the news of their breakup did not only broke hearts of the duo but also the people who shipped their love. Reportedly the ex couple was about to tie a knot but just before that the couples separated, there were too many speculations on their breakup but none of this was confirmed by the duo.

On June 14th the Rabata actor Sushant Singh Rajput was found dead in is apartment  and ever since that Ankita has stood strong with Sushant’s famiy, he was very vocal for asking for justice for the late actor, but her life has not been easy ever since, some fans have been accusing the actress of the things which have not been true, at first she let it go but, now she has been done with all the criticism made on her she also mentioned how hypocrite people were that they praise her whenever they feel like and troll her  whenever they want she said

“I don’t think I existed in Sushant’s life since the past four years. Kisi aur ka gussa mujhpe nikaalne ka koi matlab nahi hai (No point directing anger at me). I think everyone has been targeted throughout this process. And it is okay. I know what I stood for, I know what I feel. I know what I’ve gone through, so it is okay,” she added.