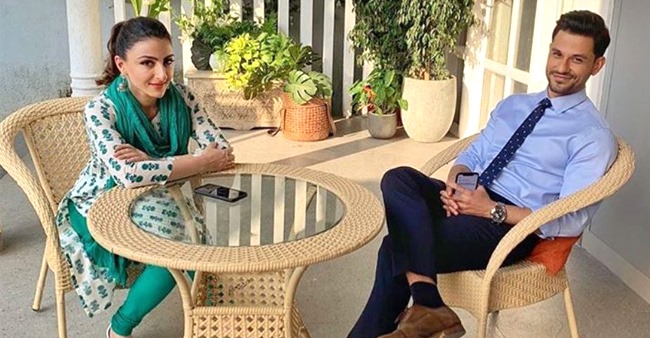 Of late, Kunal Kemmu shared a delightful image of her baby doll Inaaya Naumi Kemmu on his personal Insta handle.

In the pic, Inaaya Naumi Kemmu was seen lying on a baby cot with her loving daddy. As the dad and daughter were looking through the bars, the duo was enjoying storytime.

While sharing it, the actor wrote: “Bedtime stories are best told and heard in bed. No matter what the size of the bed #bedtime #bedtimestories.”

The cutie pie’s eyes are attractive and that is what stood out in the image as much of her face got concealed.

On Taimur’s 3rd birthday, Innaya mom Soha had shared an adorable pic of the cousins along with a cute note for Inaaya to her ‘bhaijaan’ Taimur.

Kunal, in the meantime, completed filming his next project, Malang. Of late, he too shared a fun-filled recording showcasing Anil Kapoor, Disha Patani, Aditya Roy Kapur and filmmaker Mohit Suri. His last movie, the multi-starrer Kalank remained a failure at BO.

While talking to media on his character in Kalank called Abdul, Kunal stated, “What hooked me to Abdul was the simplicity and complexity that he had. Primarily, I really wanted to do a part which if not as dark but as intense as Abdul, and I thought it was an interesting part where even though not many scenes witnesses a long journey. Every scene, he is a different person.”

Elaborating on his appearance in Kalank, he added, “Karan and myself and nobody else had seen me in such a character, different makeup, kohl eyes, then again 180 degree when it comes to the role because he is introduced as this righteous guy in the beginning and later in the second half he comes in his own, a greyer side to him.”