When the lockdown was imposed, everyone in the country was bound to stay inside their homes as a safety protocol. But, soon people got frustrated and started taking little strolls around the city with masks on. In fact a few celebrities left their house for some fresh air, one such family was the Pataudi family.

It was two months after lockdown was imposed, when Kareena and Saif were snapped stepping out after unlock 1 came with relaxations. The whole family, Kareena, Saif and Taimur drove to Marine Drive to enjoy some cool breeze in the open. And now, months after that, it’s Inaaya who visited Marine Drive for some breeze and cool air. 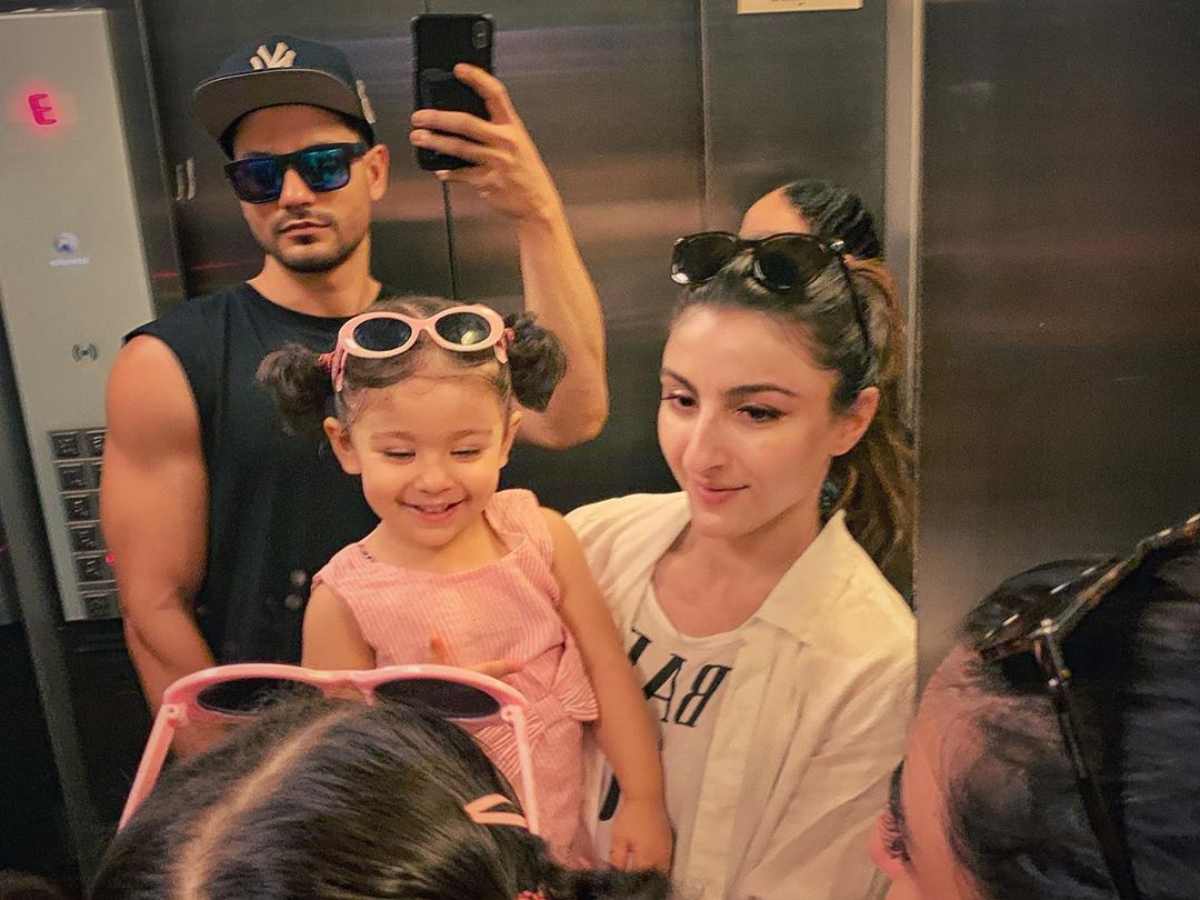 It was on November , 2020, when actress Soha took to Instagram handle and shared a pleasing picture. In the picture, we can see Kunal carrying his little angel, Inaaya in his hands. It was a candid picture of the father daughter duo at the sea facing location which was looking absolutely beautiful.

Along with the picture, she shared a caption that said “Vitamin sea.” Kunal opted for a white t-shirt paired with black shorts and black runners for their day out. The actor rounded off his look with blue and white cap. And Soha and Kunal’s little munchkin Inaaya opted for a printed frock with a matching mask.

It was in the month of June, when Kareena, Saif and their little Tim were paped at the beautiful location. A video from their outing had taken over the internet. The video saw the adorable Tai sitting on Daddy dearest’s shoulders. Saif had opted for a white kurta pajama for their outing, while Kareena wore a black and white printed dress.

Meanwhile, on the work front, Kunal was last seen in the movie, Lootcase which saw an OTT release, and also Abhay 2 which was released on Amazon Prime.