As per latest reports, the first number from Isabelle Kaif and Sooraj Pancholi’s forthcoming movie, Time To Dance, has been rolled out. The track named Aaye Haaye is getting huge praises from all the sides. 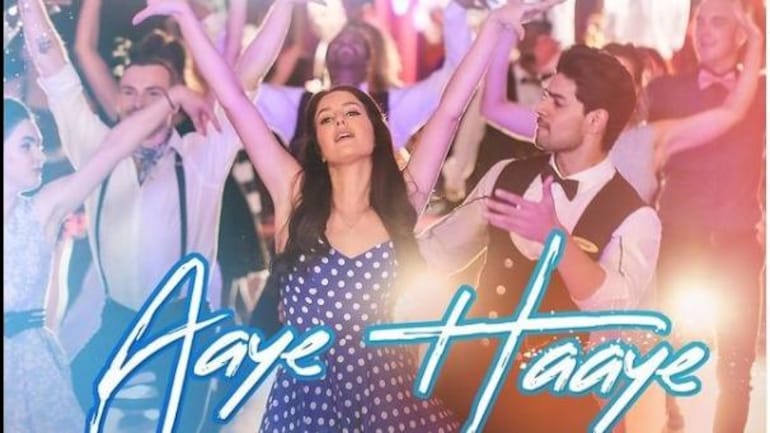 The newly released peppy dance number has both Isabelle and Sooraj exhibiting their exciting dance moves in the song. After seeing Isabelle’s performance in the quirky number, her sister, and ace actress Katrina Kaif is very happy and called it ‘Amazing’.

While sharing the poster of the new number, Isabelle Kaif penned on Instagram, “#AayeHaaye out now.”

Crooned by Vishal Mishra ft. Millind Gaba and Aditi Singh Sharma, the lyrics of Aaye Haaye get penned by Kumaar. The super cool number gets its composition done Vishal Mishra.

Sallu and Katz have been rooting for the victory of Isabelle and Sooraj’s Time to Dance. The actor shared the film’s poster on his Instagram handle in which the two lead stars Isabelle and Sooraj were witnessed posing in a dance pose.

In the caption, Salman wished the two along with the entire squad of Time to Dance. “Wish you all the best team #TimeToDance,” he wrote.

On the other hand, Katrina sets the song as her Instagram story, Katrina Kaif applauded her sister’s Bollywood debut and wrote, “Looking amazing @isakaif.” The promo of Time To Dance got rolled out recently and it showcased Isabelle Kaif and Sooraj Pancholi struggling for the hunger for dance and getting into love finally. The movie will reach theatres on March 12.

In addition to Time To Dance, Isabelle has Suswagatam Khushaamadeed that also features Pulkit Samrat slated for release. Earlier 2021, Isabelle too posted the first look of the movie on Instagram to declare the project.

Isabelle also has an action thriller Kwatha in her hands. In Kwatha, she will be seen opposite Aayush Sharma. While talking about Sooraj Pancholi, he was last witnessed in Satellite Shankar in which he donned the character of an Army officer.