Sri Lankan beauty Jacqueline Fernandez has shared her gorgeous image from the sets of her forthcoming movie, Bachchan Pandey. At the moment, the film’s cast and crew members are busy filming in the city of Jaisalmer. The flick also has biggies like Akshay Kumar and Kriti Sanon. 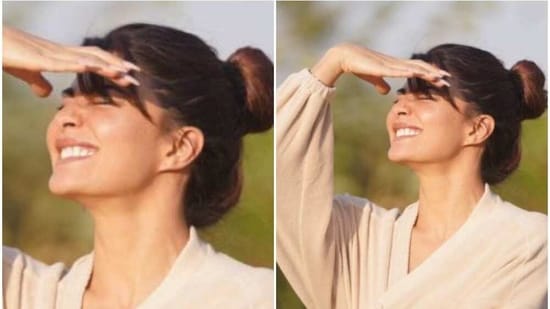 The picture showcases Jackie protecting her cute face and adorable eyes from the direct rays of the sun. The beauty has a sweet smile on her shining face. The actress was without any kind of makeup and appears to be putting on a bathrobe.

Fans got amazed after seeing the beautiful image of the actress. They were all praises for the actress as a number of her buffs and admirers dropped obliged emojis. Also responding to the post was globally recognized music star, DJ Snake. He posted a crown emoji in the comment box.

Jacqueline joined the sets of Bachchan Pandey earlier this month. While sharing a post she had penned: “The mostttt excited today as I start shxxting with @akshaykumar for #SajidNadiadwala’s #BachchanPandey directed by @farhadsamji. Are you ready to meet this gang in cinemas next year?” 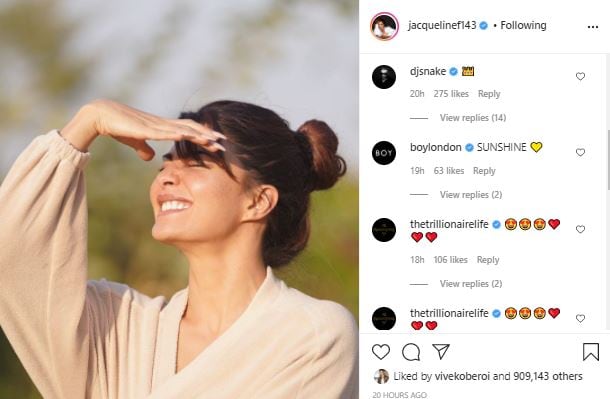 It seems that the leading ladies of the movie get frequently clicked by the ace photographer Harjeet. Some time ago, Kriti Sanon had posted a beautiful image of hers, clicked by him.

Bachchan Pandey is reportedly about a gangster, donned by Akshay Kumar, who aims to become a star, and a reporter, played by Kriti, who nurses a hush-hush desire to turn out to be a director. The film is surely going to be an interesting one as it has a different story.