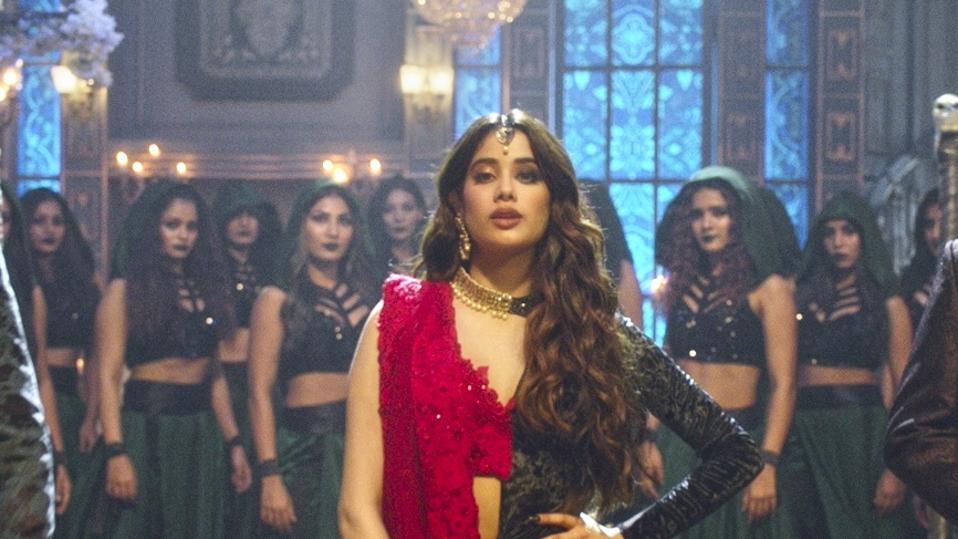 Recently, the star daughter posted some BTS images on her personal Insta handle. The images belong to her ‘relaxed day’ when she turned casual from glamorous. In one of the photographs, the 4 movies old actress was seen struggling with her outfit in her car. After completion of the promotions of her new film, Roohi, the actress captioned, “it was a relaxed day,” together with upside-down smileys.

The first two pics boasted of Janhvi giving a pose in a strapless upper with a huge bow and a sequined mini skirt. In the third image, she was witnessed struggling to change into jeans inside a vehicle, on the way to the airport. The last photograph witnessed her sitting in a plane, putting on distressed jeans and a long-sleeved white upper, flashing a peace sign to the camera. 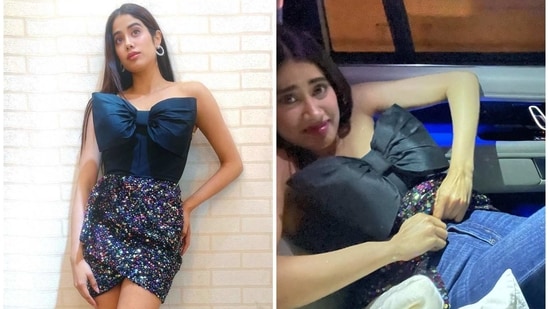 Fans took to the comment box to share heart-eyes, heart and fire emojis. A lot of people also expressed their eagerness for Roohi that is scheduled for a theatrical release on Thursday.

In a media talk, Janhvi said that she has learned many new things on the movie sets of the film. She stated, “I learnt a lot on the film because of the content. Firstly, Roohi is my first comedy. To watch such good comic actors like Varun Sharma and Rajkummar Rao, was such a fun experience and even (director) Hardik has a quirky sense of humor. Dinesh sir (producer Dinesh Vijan) has a unique vision, so to be part of that world has been a lot of fun.” Roohi is her fifth film.