Jennifer Winget On Her Link-Up Rumors With Tanuj Virmani: Such Rumors Don’t Bother Me

Jennifer Winget entered the world of glamour when she was just 12. At that time, she did the role of a child actor in the film, Raja Ko Rani Se Pyaar Ho Gaya.

But her stint at the small screen made her more popular. She has worked in many TV shows such as Dill Mill Gayye, Saraswatichandra, Beyhadh and came forth as one of the biggest and highest-paid TV actresses. If you would have enjoyed the series, Inside Edge, you wouldn’t have missed the alluring and confident, Vayu Raghwan is also known as Tanuj Virmani. Tanuj is the son of a well-known film actress, Rati Agnihotri. Jennifer and Tanuj will shortly be witnessed together in Alt Balaji’s show, Code M as the lead pair.

Jennifer Winget, who earlier tied the nuptial knot to her Dill Mill Gayye co-star, Karan Singh Grover, got separated after some time.

After getting separated, she was linked to a number of stars like Harshad Chopra, Sehban Azim and the latest one is her Code M co-actor, Tanuj Virmani.

While talking to media people, Jennifer and Tanuj also talked on the reports and hearsays linked to their relationship.

Tanuj said, “We called each other and laughed together. We were holidaying in two different parts of the world. And it just happened to be our Christmas and New Year’s holiday. People these days add 2 and 2 and make it 22.” 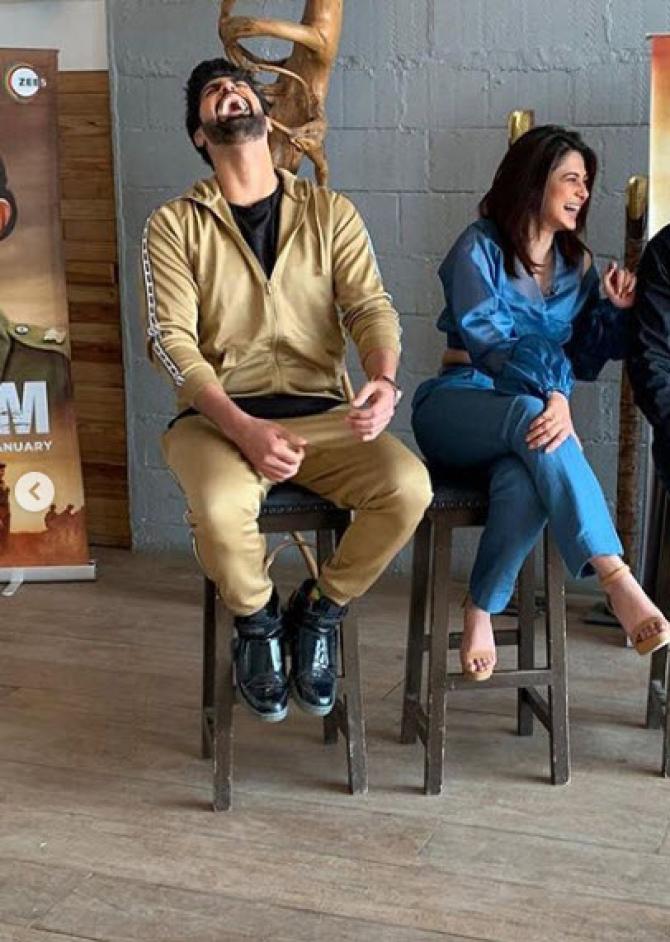 Jennifer Winget said that these rumors do not bother her.

When she was asked about the rumors, Jennifer replied, “You know me for so many years. Has any news bothered me ever?”

To which Tanuj added, “This is nothing just a child play (laughs)”.

The two are having a reunion as they had earlier met each other at Tanuj’s house 10 years ago.

Talking about the same, Tanuj said, “One day while we were shooting, Jennifer brought to my notice that she came to my house party nearly 10 years ago.”